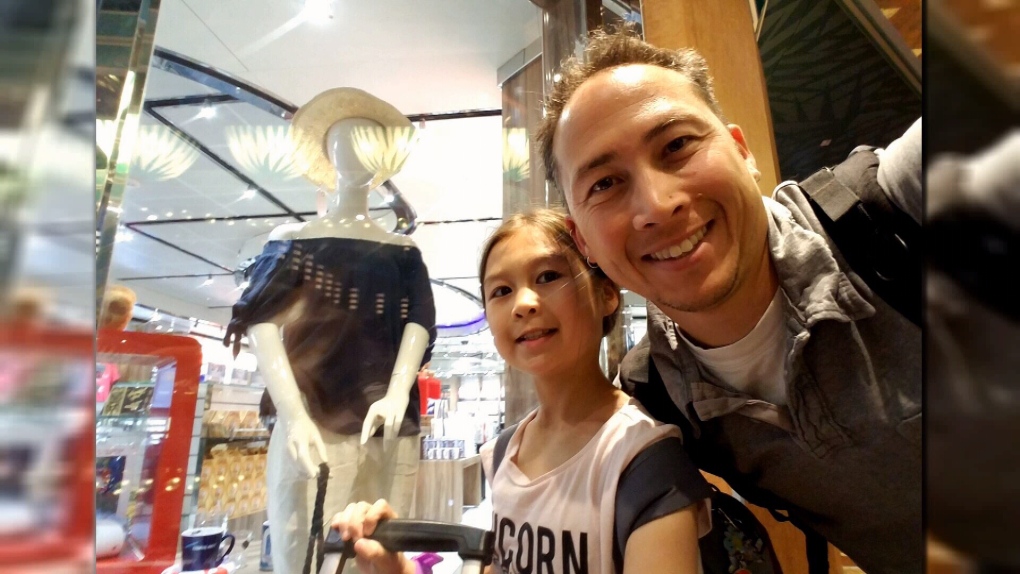 Saanich resident Jeremy Chow, seen with his daughter, is worried that if his leukemia returns, he won't have a proper stem cell donor match. (Submitted)

A Saanich family is on a mission to recruit stem cell donors, particularly of mixed ethnic backgrounds, after a devastating blow during a cancer diagnosis.

When doctors wanted to perform a stem cell transplant to treat Jeremy Chow's leukemia – the father of two learned the only suitable match in the registry was himself, after he signed up to be a donor years ago.

"It wasn't a letdown to me," he says. "It was more frustration."

Today Chow is in remission and he's optimistic he'll stay that way, but the thought of a relapse is one he and his wife say they can't ignore. It could mean another call for a stem cell transplant and there's still no match.

"What if it returns? Then it is a threat to his life," says Evelyn. "I don't want to be in that situation where it's dire."

Jeremy is part Canton Chinese, part British – which matters for a perfect match.

UBC medical genetics professor, Kelly McNagny says there are molecules on the surface of our cells and you need to try and find ones that match so they can be accepted by the patient's body, not rejected.

"It's like getting an organ transplant except in this case it's a cellular organ," he says. "Those markers that have developed over millions and millions of years tend to segregate with ethnicity and when you have a mixed background you reshuffle all of those markers. So trying to find somebody who has that same kind of pattern is more difficult."

According to Canadian Blood Services, stem cell transplants can cure over 80 diseases and disorders.

Currently in Canada, a stem cell territory manager says, there are 600 people looking for a match despite 400,00 donors in the database.

It's mainly comprised of Caucasian donors – only 3 per cent of those signed up have a mixed ethnic background. 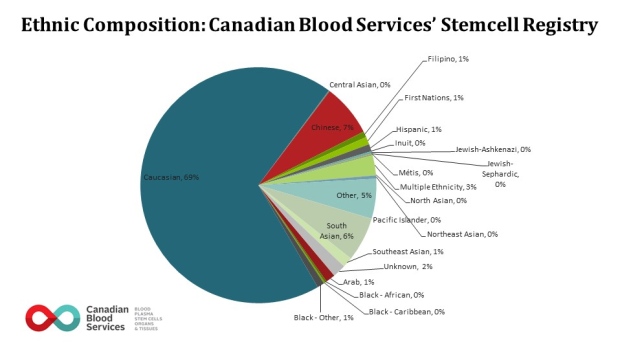 "We just need all these people of that background to step up and be donors and help save lives," says Evelyn Chow.

She'll be at Victoria's Car Free Day on Sunday with Canadian Blood Services – recruiting as many donors as they can near City Hall.

Anyone aged 17 to 35 willing to provide a sample of their DNA through a cheek swab is encouraged to sign up.

Then should an adult donor become paired with a patient – the stem cells can be withdrawn from the blood or bone marrow. But San Juan says a person would only be asked to give through bone marrow if they're matched with a child or a high risk patient.

Blood left in the umbilical cord can also be used for stem cell transplants.

The Chow's hope they can find a match for Jeremy, just in case, and wants to bolster the donor pool for others – understanding their life may depend on it.