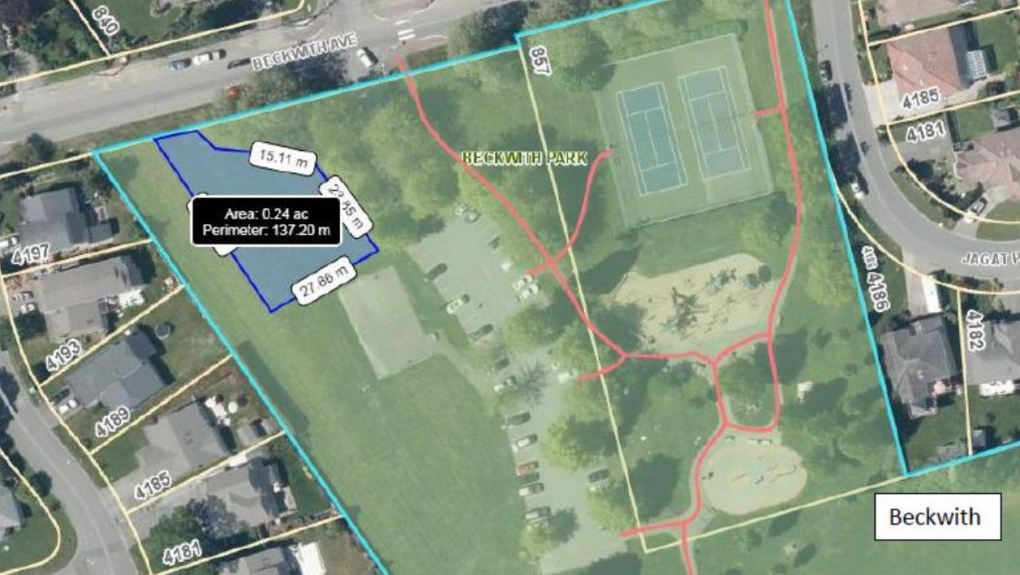 A map of where the pop-up dog park will be at Beckwith Park in Saanich this summer is shown. (District of Saanich)

The District of Saanich will be opening temporary dog parks at nine municipal parks this summer.

The pop-up dog parks will open at three parks at time for approximately one month each.

From June 1 to 27, new pop-up dog parks will open at Beckwith, Gorge, and Vantreight parks.

Then, from July 1 to 26, parks will come to Blair, Copley East, and Rudd parks.

Lastly on July 30 to Sept. 6, pop-up parks will open at Fowler, Horner, and Hyacinth parks.

Saanich says it's launching this rolling series of pop-up dog parks to give pet owners a safe space to have their dogs play off-leash, while protecting other park space and wild areas. 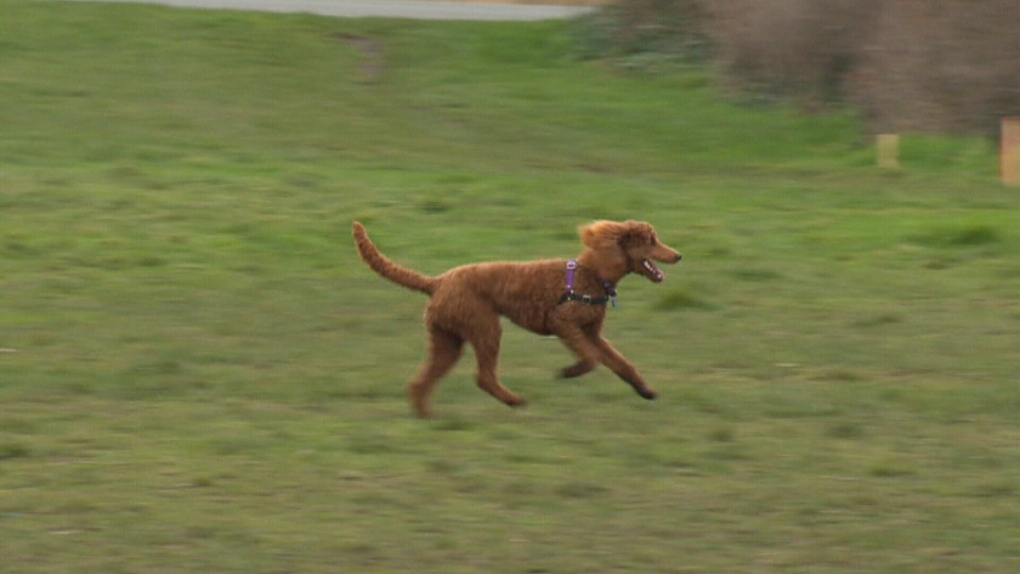 A dog is pictured running in Victoria, B.C. (CTV News)

Last year, the district launched a pilot program to see how the pop-up dog parks worked, and what the general reception was.

The pilot program ran for roughly two months at five local parks, and each of those parks have returned as a pop-up dog spaces this year, except for Cadboro-Gyro Park.

"Overall, the project was well received by the dog community," said the district in its pilot project summary.

"One observed benefit to these areas was the social aspect, as dog owners appeared to enjoy interacting with others in addition to having a safe place to socialize their dogs," said the municipality.

Maps of where each pop-up off-leash dog park will be can be found on the District of Saanich website.

Patrick Brown has been disqualified from the race to replace Erin O'Toole as leader of the federal Conservatives, the leadership election organizing committee announced late Tuesday. Committee chair Ian Brodie announced the stunning move in a written statement that said the party had in recent weeks become aware of 'serious allegations of wrongdoing' by the Brown campaign.