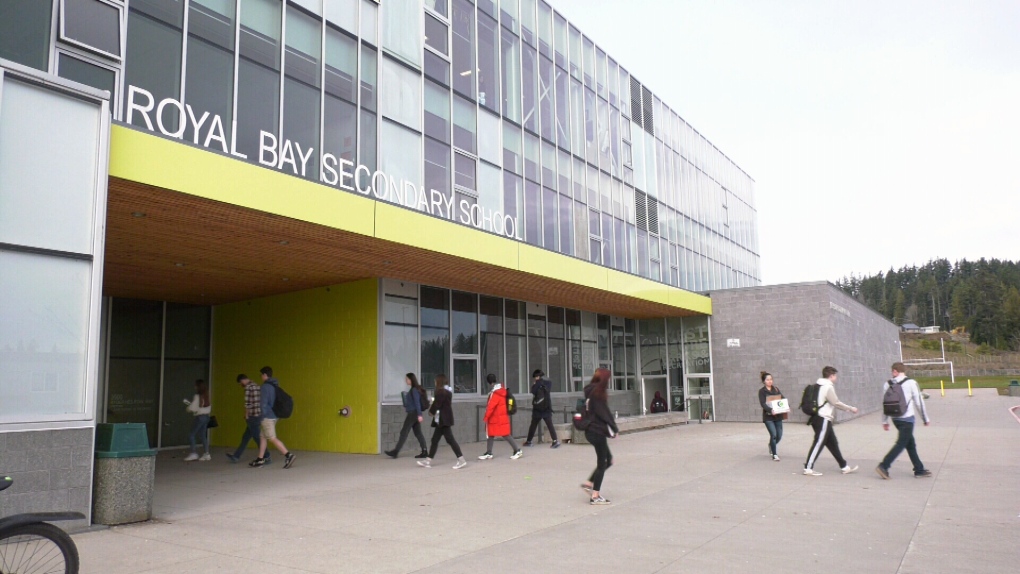 Royal Bay Secondary School first opened in 2015 with roughly 100 more students enrolled than it had capacity for: March 10, 2020 (CTV News)

VICTORIA -- The expansion of the West Shore's Royal Bay Secondary School, which is operating at max capacity, is on schedule to open this fall.

The upcoming extension to the school will allow for 600 more students to attend, bringing the total capacity up to 1400 seats.

While construction is underway, the school has been utilizing 10 portables, (temporary classrooms), to house the current 1200 students enrolled.

The upcoming addition to the school is made up of 19 classrooms and one gymnasium. Of the 19 classrooms, four will be science rooms and two will be computer rooms with state-of-the-art computers to cater to animation and game creation courses, and digital arts. Meanwhile, the new gym will have a turf floor.

A purpose-built gender neutral bathroom is also part of the addition. The facility will not have a main door but will have fully enclosed bathroom stalls.

The original cost of the Royal Bay Secondary School expansion project was $31.1 million, but increased to $34 million following updates to provincial seismic standards, according to the school board.

"I actually thought I would be retired before they started the expansion," said Windy Beadall, district principle of capital projects for the Sooke School District. "The population has just grown like crazy, a lot of people in the area are moving in."

The district says that Royal Bay Secondary School has grown by 70 to 80 students a years since opening. The growth, however, is no surprise to members of the school board.

"When you look at it percentage wise, we're [adding] roughly 350 to 400 students per year, [which is] about three to four per cent," said Ravi Parmar, chair of the Sooke School District board of education. "So per capita, we still remain the largest [growing] school district."

That's why the district has plans to build more schools, like an upcoming 700-seat middle school and a 500-seat elementary in the Westhills community. The schools' names will be unveiled on Thursday evening at an event at Belmont Secondary school.