Road closure in effect on Quadra Street for next 4 weeks 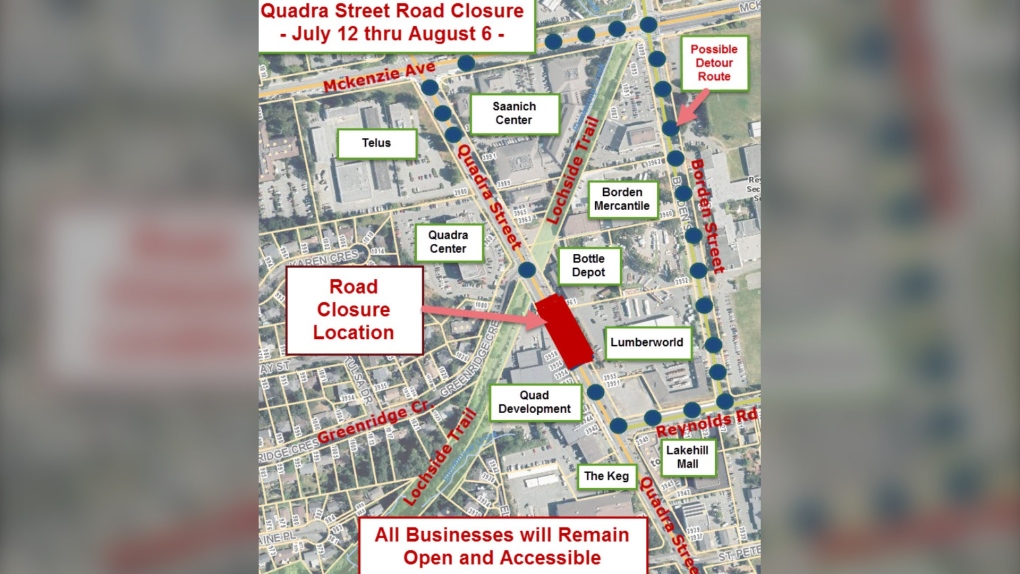 The road closure is in effect 24 hours a day: (District of Saanich)
Victoria -

A stretch of Quadra Street will be closed for nearly a month due to road construction and storm drain work, according to the District of Saanich.

The closure runs on Quadra Street between Greenridge Crescent and Reynolds Road.

The road closure started Monday and is in effect for cars, pedestrians and cyclists 24 hours a day.

During the closure, vehicles will be detoured through McKenzie Avenue, Reynolds Street, and Borden Street.

Cyclists and pedestrians can avoid the area by taking a detour through Lochside Trail, which will remain open during the project.

Businesses that are located in the road closure area will remain open during construction, according to the District of Saanich.

While the full road closure is estimated to take four weeks, additional paving and sidewalk work is expected to continue for another month after the road closure ends around Aug. 6.

"Roadworks for the final surface overlay and sidewalk replacement will be ongoing through August," said the district on June 29.

Saanich says it is repaving this stretch of Quadra Street and replacing a storm drain culvert because they were identified as being in poor condition and reaching the end of their service life.