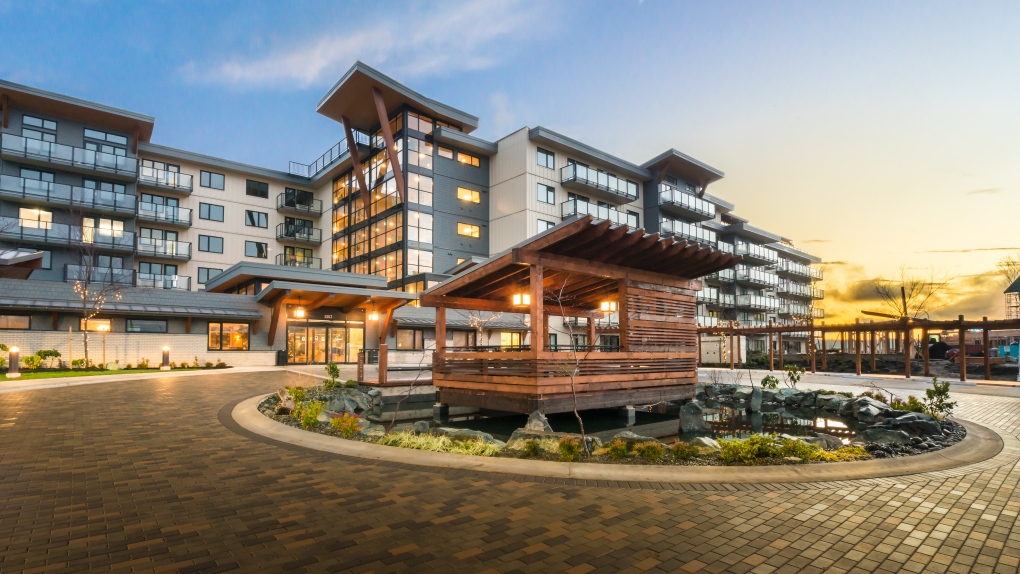 VANCOUVER -- A resident of a retirement home on Vancouver Island has tested positive for COVID-19, the facility announced this week.

In a statement on its website, Berwick Retirement Communities announced the confirmed case of the novel coronavirus at its Berwick by the Sea development in Campbell River.

The resident who tested positive has been self-isolating in their room at the facility since March 24, the company said.

Outbreaks at seniors' care homes have been a major source of concern for B.C. health officials in their response to the global coronavirus pandemic. A total of 12 such facilities - all of them located in the Lower Mainland - have been identified as having outbreaks.

Berwick by the Sea is not included in the province's accounting of long-term care home outbreaks, a fact that likely reflects its status as an "independent living" facility.

Berwick Retirement Communities says it is working with Island Health "to take the necessary steps to protect the health and well-being of all residents and staff, as well as those in the broader community."

Island Health has been in touch with the close contacts of the person who tested positive, the company said in its statement, adding that anyone who has not been contacted by public health officials is not considered to be at risk of exposure.

"All of Berwick’s leadership teams are working hard to closely monitor the situation at Berwick by the Sea," the company said. "All Berwick communities have been diligently preparing for this situation and outbreak protocols have been in place since last week out of an abundance of caution to ensure the health and safety of our residents and staff."