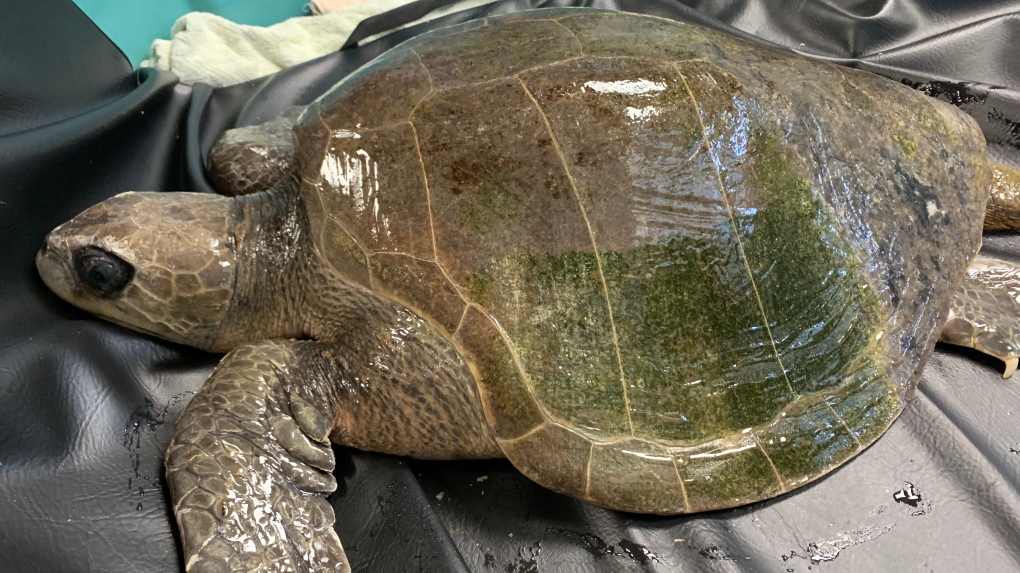 VICTORIA -- A rare and endangered tropical sea turtle that was rescued on Vancouver Island last fall has been released back into warm waters off Southern California.

The turtle was found stranded in Port Alberni on Sept. 30, leading rescuers at the Ocean Wise Marine Mammal Rescue Centre to name him "Berni Stranders."

Officials at the time said the turtle's arrival in Canada may have been due to the return of a Pacific Ocean heatwave known as "the Blob."

The olive ridley turtle is native to warm tropical and subtropical waters and may have followed warmer water currents north into B.C. waters.

Berni was brought ashore suffering from a "dangerously low" body temperature, according to rescue centre.

Fisheries and Oceans Canada officials transported the turtle to Parksville to meet with the mammal rescue team, which determined that the 27-kilogram male had a body temperature of 11 C, far below its ideal temperature of over 20 C.

Staff at the marine rescue centre say the turtle was fully rehabilitated and released off the coast of San Diego over the weekend.

"This is why we do the work we do," said rescue centre veterinarian Dr. Martin Haulena in a statement. "It’s such an amazing feeling being able to give animals like Berni a second chance."

Berni's arrival on Vancouver Island marked the fourth time an olive ridley turtle had ever been found in B.C. waters since 2016.