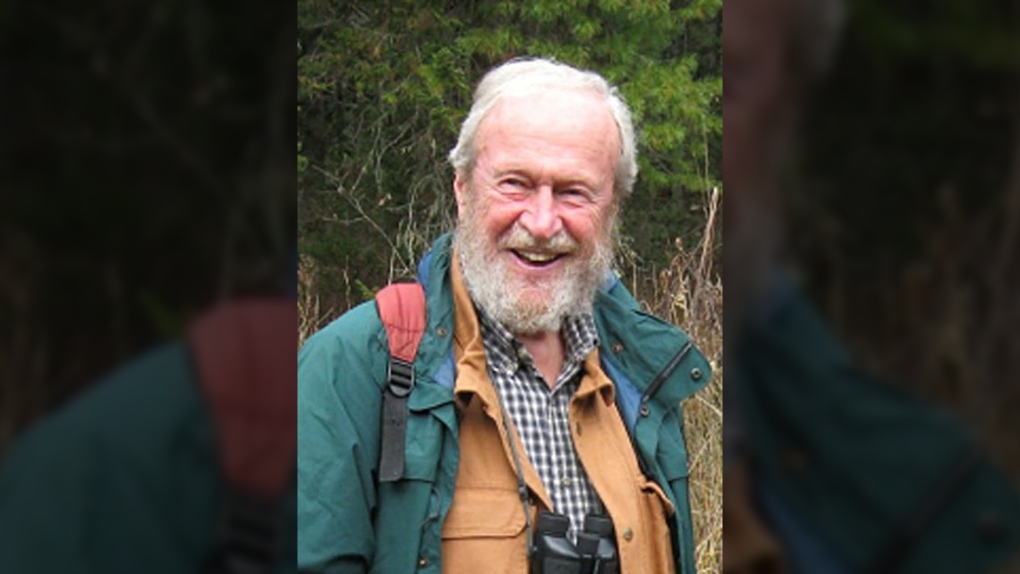 Dr. John Bindernagel, a wildlife biologist, passed away Wednesday night after losing his battle with cancer, according to family.

A Comox Valley man known around the world for his work in the field of Sasquatch research has died, according to family.

Dr. John Bindernagel, a wildlife biologist, passed away Wednesday night after losing his battle with cancer.

His son says Bindernagel never wavered in his desire to one day help solve the long-standing mystery of the Sasquatch.

"Obviously he was very passionate about what he was doing, and he had a good way of connecting with people," said Chris Bindernagel. "He wanted to somehow be able to give it some credibility."

Chris said he and his family are still recovering from his father's death, and are remembering the unique experiences they shared.

"A lot of my fondest memories of my dad are from our time in East Africa. He was doing really interesting work there, with national park management," he said. "We would go out to the generator every night and fire up the generator station to keep the place operating in the evening."

In addition to East Africa, Bindernagel worked in the Carribbean and the Middle East, but it was from his Comox Valley home that he lived out his true passion – talking with people about their Bigfoot encounters.

"He had that role where he felt that he could give it credibility because he had a background in traditional science, whereas some other people who were interested in Sasquatch don't have that kind of background to be able to make it legitimate," said Chris.

Members of the research community have been passing along their condolences and their admiration of the man who they say was a lead researcher and author.

"It's a huge loss. We can't forget those two books, you know? That's his legacy to his wife Joan and his kids and his grandchildren, but it's also a legacy to everyone," said Thomas Sewid. "He knows, like I do and others, that these things exist."

According to Bindernagel's family, the hunt for the Sasquatch was a commitment he had even through his dying days.

"Even last week he was still thinking on these things," said Chris. "He was still jotting down ideas and I was able to take time and kind of be beside him as his scribe, which was nice to get those things down."

Chris Bindernagel said he will now endeavour to make more of his father's research available online so that others interested in learning about the fabled creature can access it.

B.C. has the highest number of Sasquatch sightings out of any province by far, with 130 recorded sightings between 1924 and 2013, according to the Bigfoot Field Researchers Organization.