Remembering the gritty history of a WWII-era air force base at Tofino, B.C. 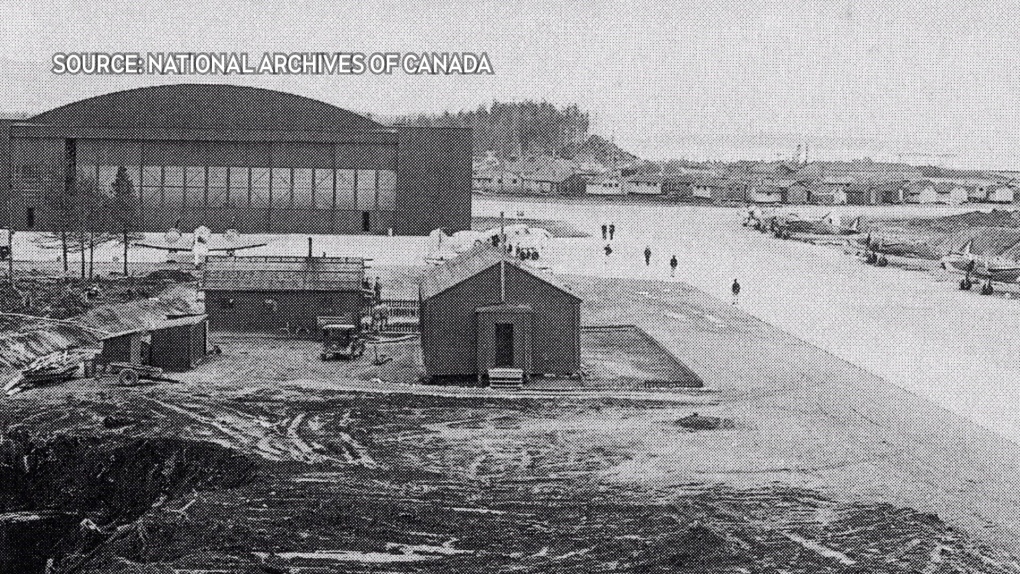 The air force base in Tofino was built in 1941: (National Archives of Canada)
Courtenay -

For anyone who’s ever visited the spectacular setting of Long Beach, near Tofino, B.C., it’s hard for them to imagine at one point the area was used for a very different purpose other than relaxation.

"They were strafing the dunes and they had survival training in the dune area and elsewhere in the Long Beach area, so there was all of this military action going on," she said.

Mason is the author of Long Beach Wild, which documents the area's early history including the period of 1941 to 1958 when a major air force installation was located there.

The site is where the Long Beach Airport has since been created, on traditional territory of the Tla-o-qui-aht First Nation.

"It ended up being three runways, a couple of huge hangars, (a) 128-bed hospital, a dental clinic, a mess hall, it was a big deal," said Mason.

She says at the base’s height, there were around 1,100 personnel there.

The station was one of several across the West Coast of Canada, according to Carol Popkin, program manager of the Comox Air force Museum, and was part of the country’s defence against possible Japanese invasions.

"At the time it seemed very important for defence and reconnaissance," Popkin said. "Of course the Battle of the Atlantic started and that’s when people started to look (for) submarines and checking out what was going on along the coast."

She says the installation in Tofino was ideally situated and was the take-off location for Kittyhawks, Bolingbrokes and Harvards that were stationed there.

"It was a way to get aircraft up quickly, within minutes as opposed to hours coming from Vancouver, so at the time it was very important,” Popkin said.

Seeing the area today, one would think those stationed at RCAF Tofino would have loved the setting, but apparently that wasn’t the case.

"It was actually quite a tough place to be, in terms of the weather, the mud, there wasn’t a lot there when they got there obviously – certainly in the first year," said Popkin. 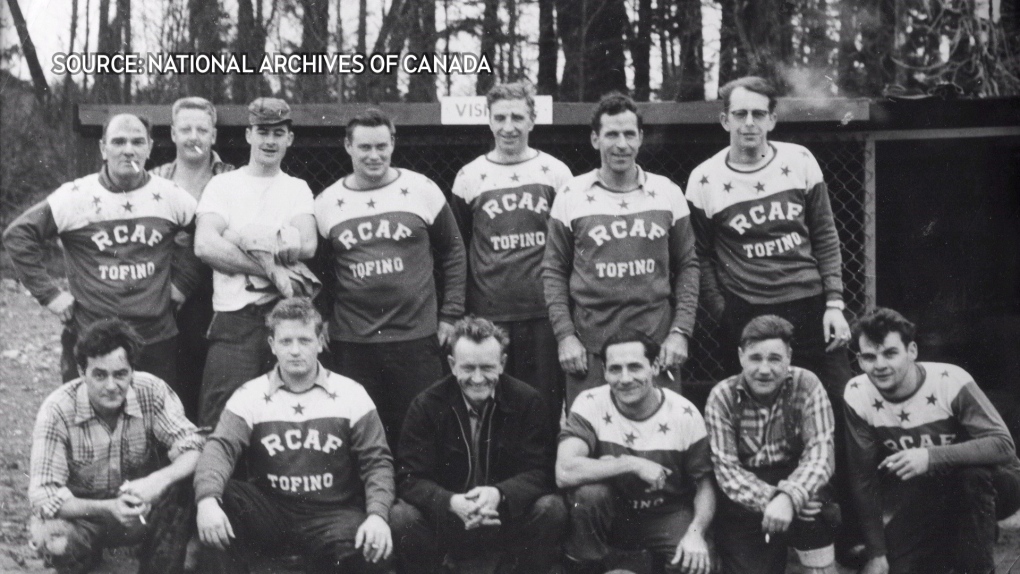 The air force base in Tofino was built in 1941: (National Archives of Canada)

Because of the remote location and the lack of roads into the area, creating the base was no easy task according to Mason. It began with a logging company that was brought in to clear the area, with the first squadron being brought in even before the clearing was finished.

"They finished a runway and this squadron came in," said Mason. "There was no mess hall, there was nowhere for them to live, they kind of hung out with the construction crew or lived in tents and they were enlisted to help try to finish this airport."

Part of that work included the installation of pilings that were pounded along the shoreline and strung with barbed wire so that landing craft couldn’t come in along the beach. Mason says some of those pilings can still be seen at times, but little else remains.

She adds that there are a few original buildings still in use at the airport while a few others had been relocated into Tofino itself.

The base closed in September 1944, and had a brief second life from 1955 to 1958 before being closed permanently.

An earlier version of this article mistakenly identified a Second World War battle as the Battle of Britain, rather than the Battle of the Atlantic. The same version also also misspelled the name of the Bolingbroke aircraft.