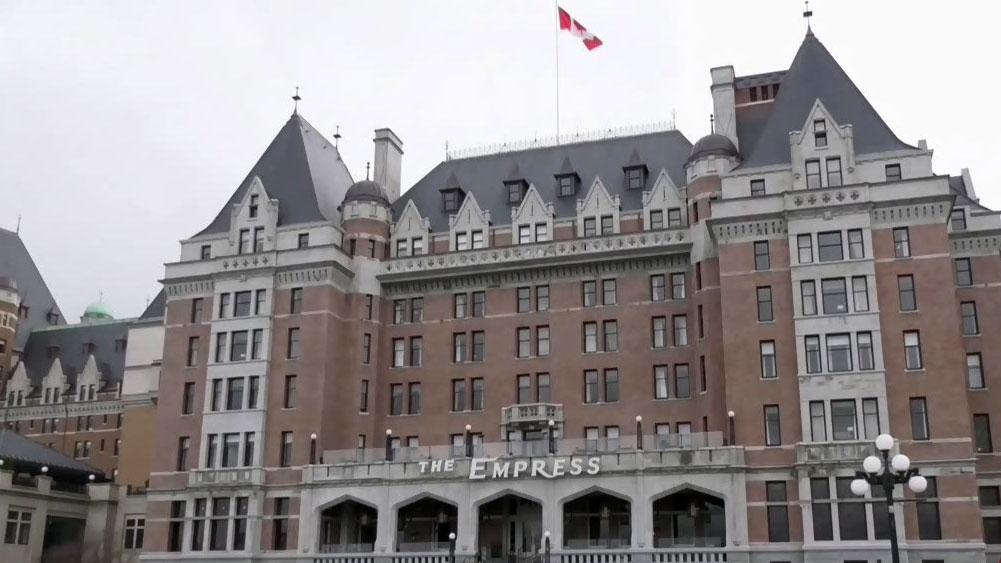 The iconic Fairmont Empress Hotel is getting ready to reopen on June 26, after closing for the first time in 112 years. This year, instead of being filled with tourists from overseas, the hotel is targeting a local market because of COVID-19.

VICTORIA -- British Columbians are being asked to explore their own backyards this summer to stop the spread COVID-19.

Island businesses are trying to make it worth people’s while by offering incentives to regional travellers.

The iconic Fairmont Empress Hotel is getting ready to reopen on June 26, after closing for the first time in 112 years. This year, instead of being filled with tourists from overseas, the hotel is targeting a local market, and has events and activities planned specifically for British Columbians. That includes packing up its famous high tea and offering it to-go.

The hotel is also hoping to bring families together by offering a special deal: giving visitors a free night’s stay when a room is booked. That free stay can be used at a later date, or on the same night, by friends or family wishing to vacation together.

The co-owner of Maple Leaf Adventures, Marueen Gordon, says she is also seeing a spike in the number of families looking to adventure together. The number of small-group bookings her company is getting is starting to increase, and many of them are families and friends looking to travel with their social bubble.

"We have a lot of British Columbian guests; people whose trips to Europe got cancelled are looking for alternatives," says Gordon. "Right now, people want trips they can drive to; I think everyone is a little bit leery about travelling through airports too much."

As the province begins to re-open, people are starting to book their staycations. Nancy Paine owns Spacehost, a short term rental management company, and says after experiencing hundreds of cancellations, she is now getting an average of four bookings a day.

Many of those people booking are local travelers from the island or the mainland. She says right now, many people are choosing to book weekend getaways, which are being planned last-minute. Paine also adds, compared to average seasonal prices, the cost of rentals right now have been halved, making it an ideal time to book.

Hotels across the island are offering special deals to people living in B.C. The Hotel Grand Pacific says it has not finalized any incentives yet, but does have plans to offer one. The Long Beach Lodge, in Tofino, is offering ten per cent off during the month of June, and the Oak Bay Beach Hotel is giving B.C. residents a discounted rate on hotel stays. With proof of island residency, the Brentwood Bay Resort is offering full ocean-view studio and one-bedroom suites at a reduced rate, which also includes breakfast, parking and Wi-Fi.