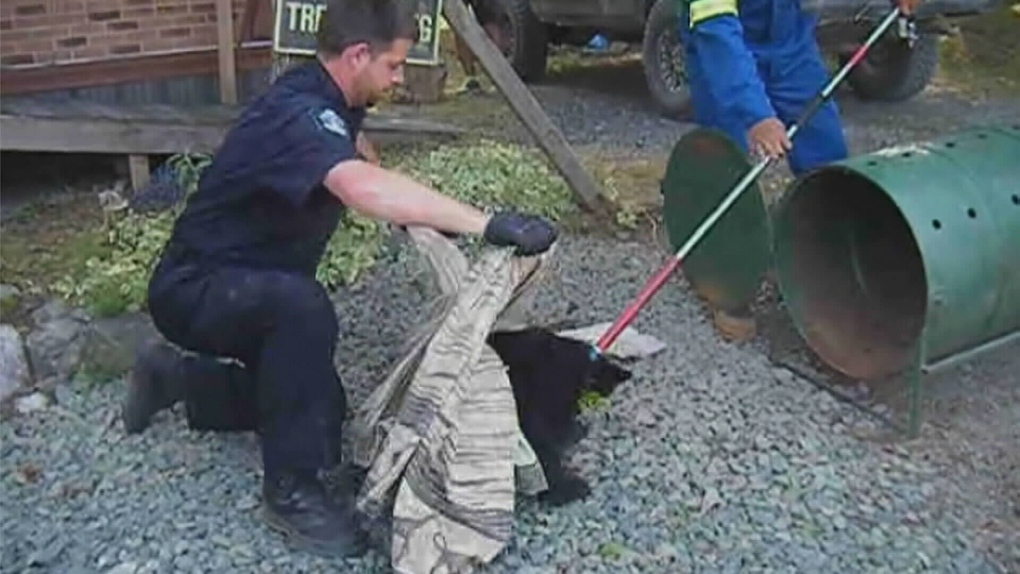 Conservation officer Bryce Casavant is seen trying to calm a bear cub before taking it to a rehabilitation organization on Vancouver Island in this still from a YouTube video.

The public-safety provider's deputy chief Chris Doyle says he doesn't believe anything was wrong with a policy that suspended Bryce Casavant and later transferred him for refusing an order that he kill a pair of cubs deemed habituated to humans.

Doyle says the findings of their review will be coming out "not too far down the road."

Casavant won the hearts of animal lovers last July when he opted not to shoot the cubs after their mother was destroyed for repeatedly raiding a home near Port Hardy on northern Vancouver Island.

Julie Mackey is a wildlife manager at the rehabilitation facility where the cubs are living and says they are doing well and haven't shown any signs of poor behaviour since their arrival last summer.

Mackey says the cubs are scheduled for release later this year and that the real test of their success will be how they perform in the wild.