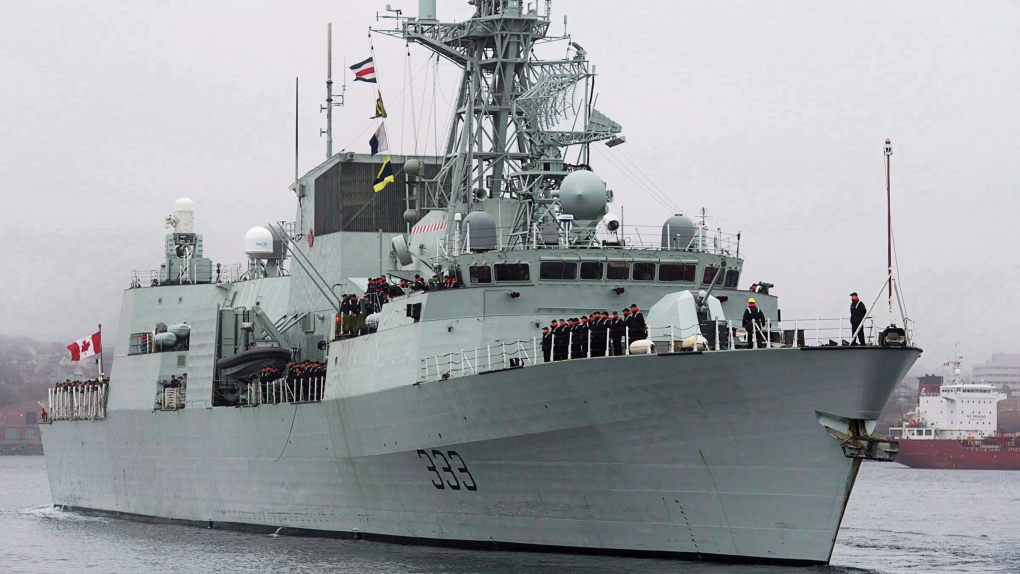 The report says Canada has a lot to learn from Australia when it comes to naval shipbuilding. (THE CANADIAN PRESS/Andrew Vaughan)

OTTAWA - A former Defence Department official is pulling back the curtains on what he says are some serious problems with Canada's $60-billion effort to buy new warships for the navy.

They include onerous red tape and inexperience among key government officials.

The revelations are in a report by retired rear-admiral Ian Mack for the Canadian Global Affairs Institute, in which Mack says Canada has a lot to learn from Australia when it comes to naval shipbuilding.

Mack spent a decade helping manage Ottawa's efforts to build a new fleet of warships before he retired in 2017, at which point Australia asked him to help advise it on the purchase of a new fleet of frigates.

The Australian project went from initial government approval to the selection of a design in three years, compared to six years here in Canada.

Mack says unlike in Australia, many people working on the Canadian warship project had little to no applicable experience while other officials floating in and out would often have outsized influence despite not being dedicated to the project.

This article by The Canadian Press was first published on Nov. 15, 2019.