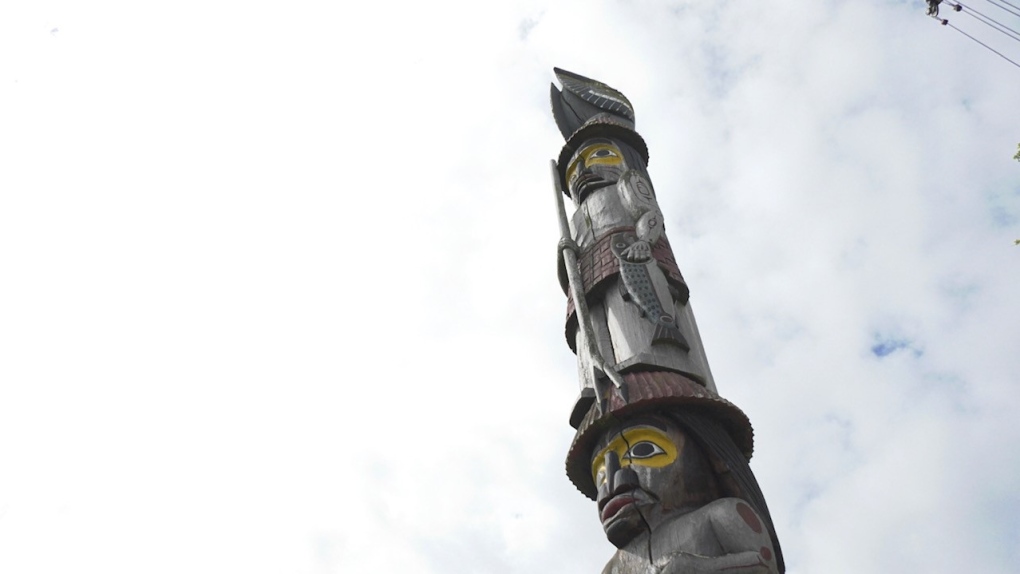 The Knowledge Totem on the front lawn of the B.C. legislature in Victoria. (CTV News)
Victoria -

A Victoria-based non-profit agency has developed a program that allows B.C. residents to voluntarily pay a portion of their housing costs as “rent” to First Nations communities.

The initiative by an agency called Reciprocity Trusts would see homeowners, renters and business owners make a tangible act of reconciliation rather than a symbolic one.

“Reciprocity is a way for all of us to decolonize our own backyards,” said Reciprocity founder and CEO Craig Candler. “The wealth that we have in this country, it’s all because of a particular and uncomfortable colonial history and we’re all part of that, we can’t change that, but we can change how we work in the future.”

Candler says his team has created a digital platform that allows homeowners and business owners to recognize Indigenous lands and the benefit of living and working on those lands. Online tools on the Reciprocity website allows participants to calculate a voluntary payment amount to be added to the Reciprocity Trusts for First Nations communities.

“Based on the value of your property, the reciprocity amount is dedicated to the Indigenous communities in the Greater Victoria area,” said Candler. “It’s rooted in the Douglas Treaties where there was supposed to be an annual recognition of Indigenous lands, a kind of rent that was paid, and that’s what we are trying to get back to.”

Candler says the average Victoria homeowner would pay be between $300 and $500 a year into the Reciprocity Trusts fund.

“Once someone makes a payment (to) Reciprocity Trusts, it goes to the South Island account,” said Candler. “That trust will distribute dollars to each of the Indigenous nations in the Capital Regional District and each nation will decide on how the they are put out.”

Candler says the voluntary payments are not a tax or a charity.

“Every time we step outside our backdoors, every time our property values go up, we’re benefiting from this relationship (with First Nations),” said Candler. “Reciprocity is just a way to recognize that.”

Candler says it is a new idea that comes out of the history of non-Indigenous people reaping the benefits of living and working on the lands of Indigenous peoples. He says the goal of the program is to get homeowners and businesses to think about how they are connected to colonialism.

“It’s a way to get the sharing of wealth that always should have been happening to happen,” said Candler. “It’s to support Indigenous languages, Indigenous land and nation-rebuilding.”

Candler says since the Reciprocity Trusts website was launched, more than 200 households and a number of businesses in Greater Victoria have pledged to make payments. He expects participating First Nations will begin to receive payment from the trusts by March 2022.