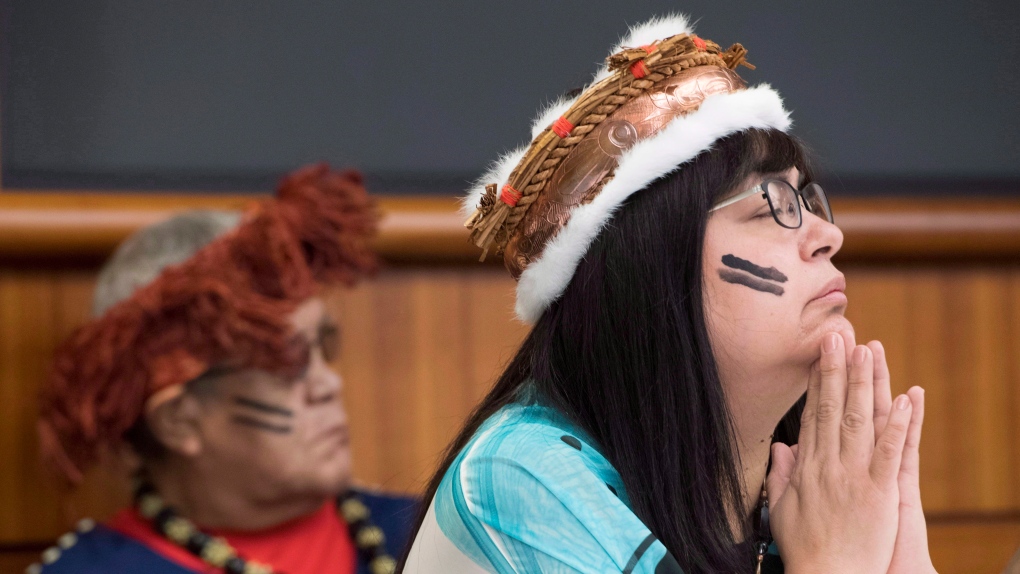 Chief Marilyn Slett pauses for a moment during a news conference in Vancouver, Wednesday, Oct. 10, 2018. THE CANADIAN PRESS Jonathan Hayward

BELLA BELLA, B.C. -- The B.C. government has signed a reconciliation agreement with the Heiltsuk Nation aimed at offering support for housing, language and economic development.

The $22.3-million agreement also provides a foundation for the implementation of Heiltsuk rights, title and self-government under a 2019 deal with the provincial and federal governments.

Chief Coun. Marilyn Slett says the funding will go toward a language centre, tourism business opportunities, a business plan for a lumber mill and a long-term care facility for community elders.

Slett adds that the agreement will help close the socio-economic gap the band's members face.

Hereditary chief Harvey Humchitt says the agreement is a culmination of years of work between the government and previous band chiefs and councillors.

The agreement is a step in the right direction but the journey to recognizing Heiltsuk's rights will continue, Slett said.

“As our chiefs have said, it's been a long road. But it's not over,” she said.

Rankin said he's confident that the agreement will lead to further co-ordination between the nation and various levels of government.

“I honestly think we've done something for the history books,” he said.

Jennifer Rice, a New Democrat who represents North Coast in the legislature, said she hopes the commitment will lead to improvements in the quality of life for Heiltsuk members.

“No amount of financial contribution can ever right the wrongs of the past, but I'm hopeful that this commitment will help the Heiltsuk achieve your goal of closing the socio-economic gaps created by settler colonialism,” she said.

This report by The Canadian Press was first published June 18, 2021.