She may only have her learner’s licence, but that hasn’t held a 16-year-old Comox Valley, B.C., teen back from working towards her goal of being a professional driver.

Nicole Haverda got the green light on her desire to be a professional race car driver four years ago when her father took her to a Formula One race in Europe.

Previous to that she had been a competitive swimmer.

"Our whole family likes the competitiveness and the speed, and my brother’s a downhill biker and so we kind of just have that," said the B.C. teen.

After getting several wins in cart racing she is now gearing up into Formula Three vehicles, which are for more high-end juniors. The move is considered a stepping stone to professional Formula One driving.

"It’s really demanding. It’s usually the upper body, so it goes from your shoulders to your forearms and the neck as well," she said.

"The neck muscles are very crucial because of the g-forces you’re pulling."

Haverda splits her time between races in the Eastern and Western United States, and her home in the Comox Valley. But she doesn’t see travelling those distances as a drawback. 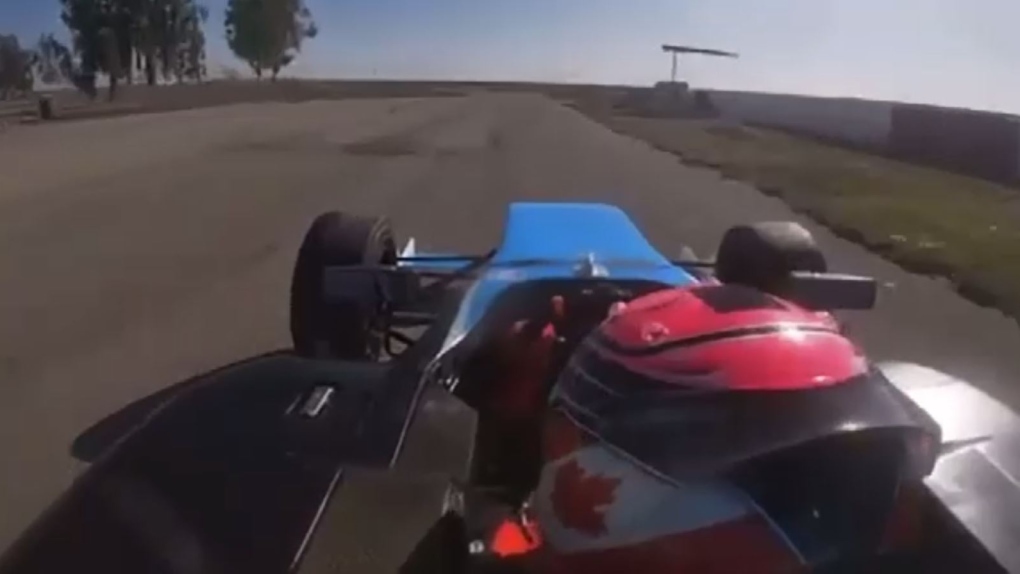 Her supportive parents are helping her in her endeavors, even taking shifts around the clock to take her down to competitions as far away as Arizona, where she spends a week at a time.

Haverda jokes that she’s not allowed to help with the driving just yet.

"No they don’t trust me," she said. "We have a big RV. It’s very windy down there since it’s a desert so if it gets windy I’d be like, 'Oh god," she said with a laugh.

Among her recent accomplishments was taking part in a three-hour endurance race in Buttonwillow, California. It was a competition she described as incredible.

"It was actually going through the night so it was super dark, and then you’ve got all the dust picking up and you’re blinded for a second. It was super fun," she said.

Haverda is one of three up-and-coming female drivers profiled in a documentary produced by Mercedes-Benz Canada, which will be released in September.

Because of that exposure, the teen has been taking part in recent media interviews, including appearing on CTV's "The Social" as well as on TSN where she was able to meet one of her racing idols, seven-time Formula One champion Lewis Hamilton.

She hopes to pay forward the inspiration Hamilton has given her.

"I would like to inspire the younger generation, and anyone actually, just for them to see where they can get to, and they can do it," said Haverda.

"You know in carting before I started there weren’t many girls, and now I go back to the cart track and I'm like, 'Wow, where did you guys come from?" she said.