RCMP to enforce safety protocols on BC Ferries amid pandemic 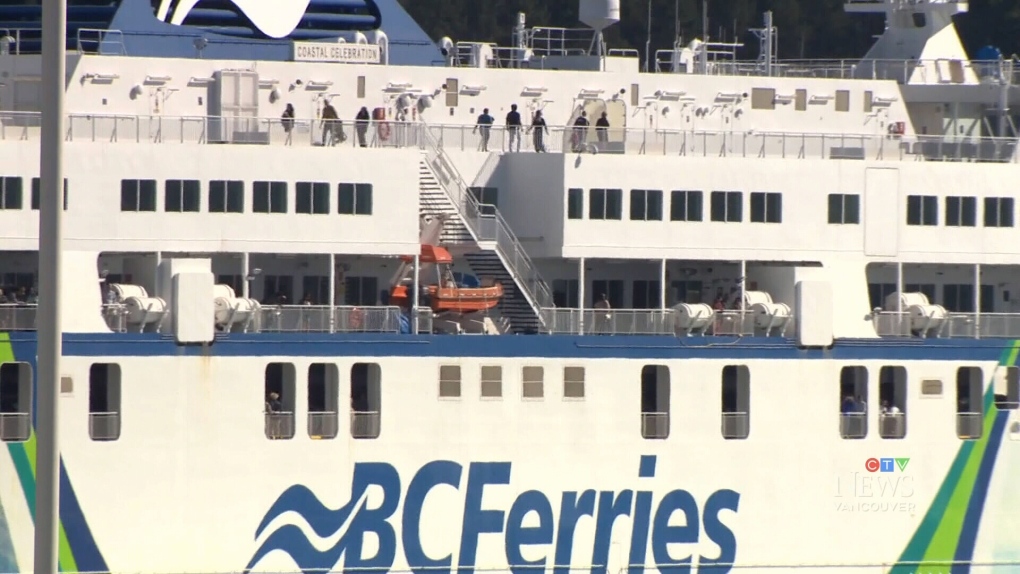 VICTORIA -- The Royal Canadian Mounted Police are stepping in to help enforce federal safety rules aboard BC Ferries vessels.

The Mounties said Friday they were asked by BC Ferries and the federal government to conduct walkabouts and enforce ferry rules, including making sure passengers exit their vehicles on enclosed vehicle decks and stay in designated passenger areas while the ferry is operating.

“Remaining in a vehicle on an enclosed vehicle deck while a ferry is operating is not safe for passengers and has been banned internationally,” said B.C. RCMP spokesperson Cpl. Chris Manseau.

The announcement comes two days after police were called to the Tsawwassen Ferry terminal because a woman refused to wear a mask aboard a ferry. The woman said later she had a doctor’s note exempting her from the public health policy.

Three weeks ago, a group of anti-mask protesters delayed a BC Ferries vessel between Nanaimo and West Vancouver. Police responded to the ferry terminal but no arrests were made.

“Enforcement and education will be conducted in partnership with BC Ferries, to ensure that Transport Canada’s protocols around COVID-19 are met,” said RCMP Chief Supt. Dave Attfield. “We are confident that education and awareness will help boost compliance rates on BC Ferries around marine safety measures.”

All BC Ferries travel regulations are policies are available on the ferry service’s website.