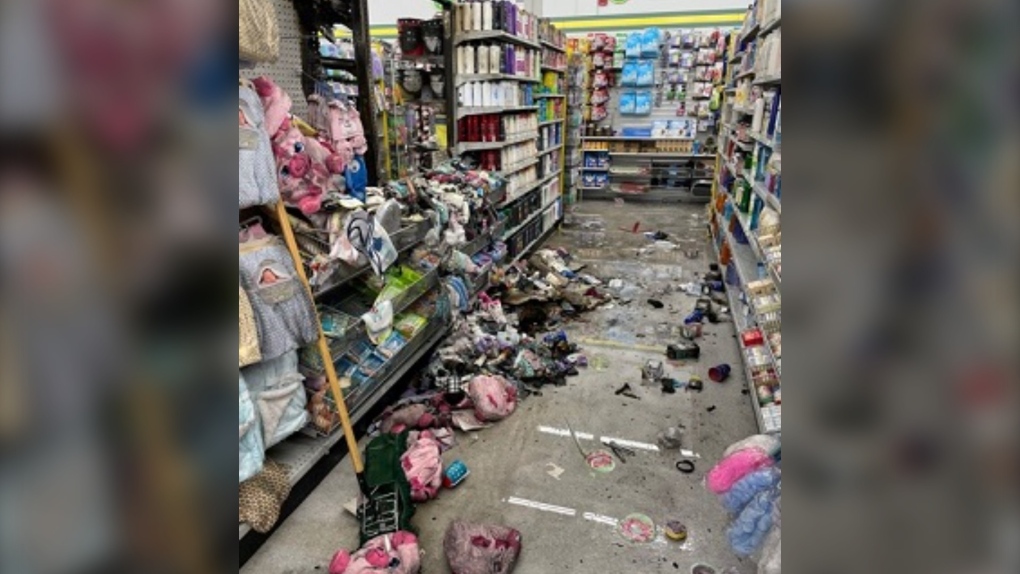 VICTORIA -- Nanaimo RCMP are on the lookout for a person of interest after a suspicious fire caused "considerable damage" to a local Dollarama in March.

Police say the suspicious fire occurred on March 29 at the Dollarama located at 609 Bruce Ave.

Employees told police that they were about to close the store for the day, around 9 p.m., when a staff member spotted a fire in one of the aisles.

The store was then evacuated, a sprinkler system was activated, and first responders were called.

Firefighters were able to contain the fire to one aisle, but extensive damage was done to the store, say police.

Now, Mounties say they are looking for a man who was reportedly seen in the area where the fire started.

Investigators say the man was inside the store for roughly 15 minutes before the fire was spotted, and left the building through a rear door while pushing a shopping cart.

The man, who is considered a person of interest, is approximately 6'5" tall with a thin build. At the time, he was wearing a red and pink mask, a dark-coloured hoodie and light blue pants.