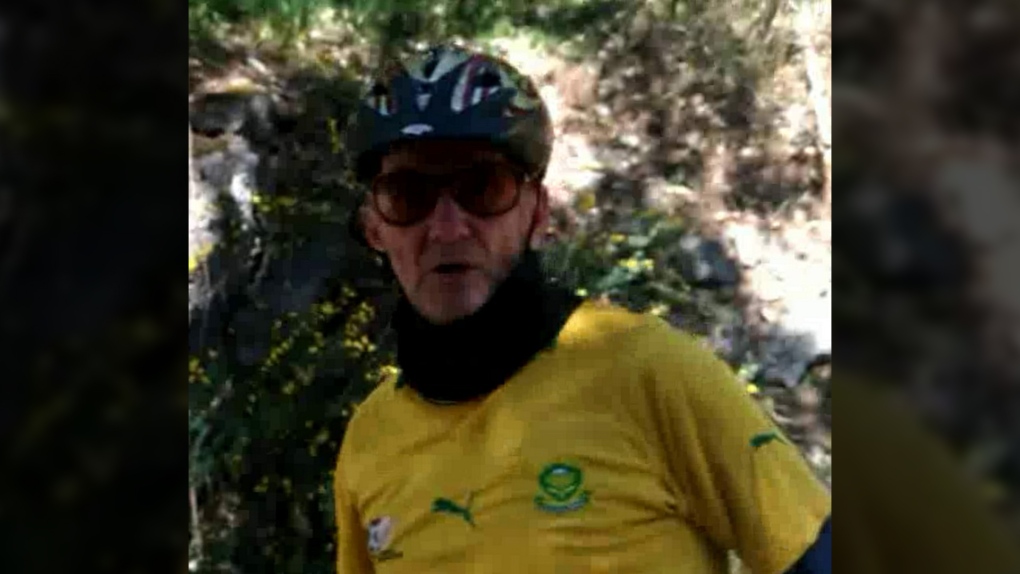 West Shore RCMP are looking to speak with a cyclist accused of spraying a dog with a chemical irritant on the Galloping Goose Trail on May 29. (RCMP Handout)

West Shore Mounties are looking for an elderly man accused of spraying a dog with a chemical irritant on the Galloping Goose Trail.

Police say the incident happened May 29 as a man walked his dog on a section of the hiking and biking trail in Metchosin.

The man said he noticed the elderly cyclist was carrying what he believed to be a chemical irritant, and began recording him as they got into a heated conversation.

Mounties say as the man started to cycle away, he was seen using the chemical spray on the dog.

They're now looking to speak with the man to get his side of the story.

The man is described as between 70 and 75 years old, white, with white hair, standing between 5'5" and 5'10" and wearing a yellow and green shirt and red and black helmet. His bike was an orange road-style bike, according to RCMP.