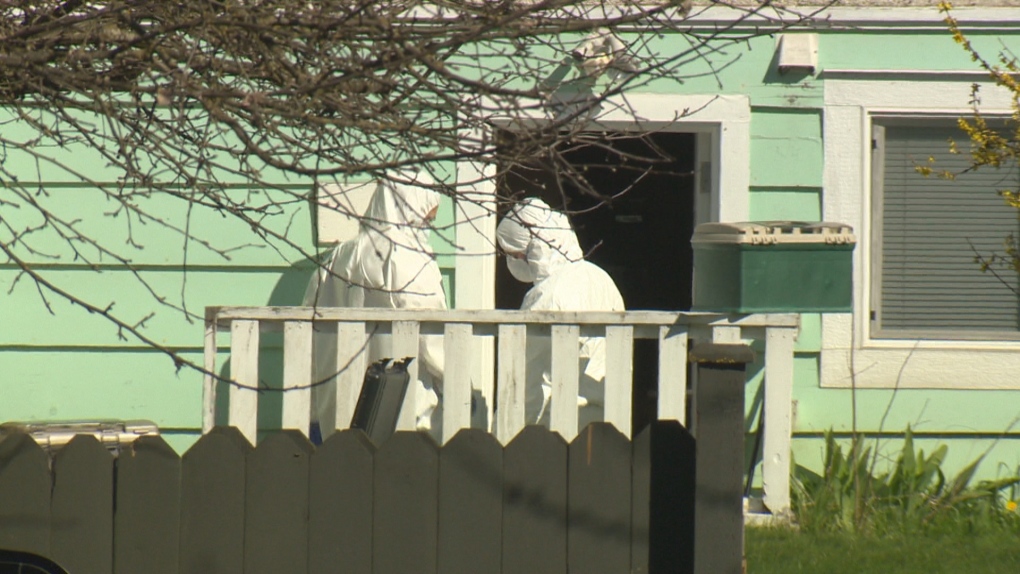 Officers in forensics uniforms were at the home on Bruce Avenue on Thursday. Mar. 30, 2017 (CTV Vancouver Island)

Mounties have confirmed a search warrant being executed at a house in Nanaimo is in relation to a missing 16-year-old girl.

Officers in forensics uniforms were at the home on Bruce Avenue on Thursday.

Officials say the search is connected to Makayla Chang, who was last seen in the Harbour City on March 17.

On Wednesday police released photos of Steven Michael Bacon, 53, who they believe might be with the Nanaimo teen or know her whereabouts.

RCMP wouldn’t confirm if the property being searched is Bacon’s house.

Chang is described as 5’1”, 110 pounds, with light skin and short dyed red hair. She wears glasses and has piercings in her lip and above her upper lip. The teen also wears wigs and may dress as a male at times, officials say.

Bacon is 5’10”, 209 pounds, has a short white buzz cut, thick white goatee, a teardrop tattoo under his left eye and a tattoo on the back of his right hand.