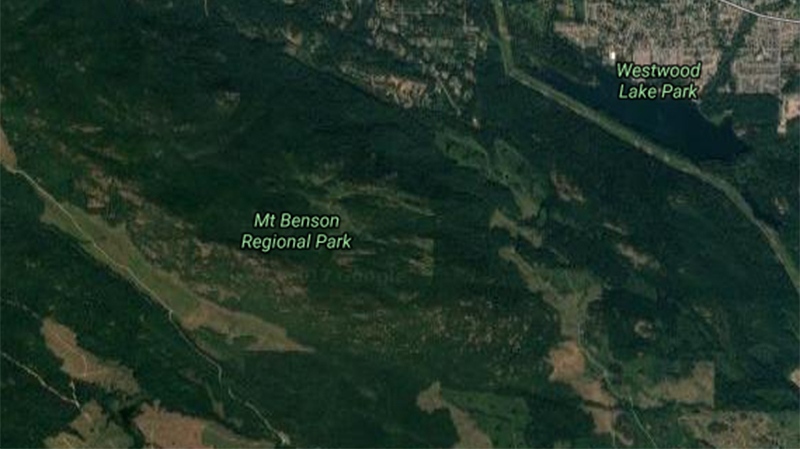 A search and rescue team was activated when a hiker in Nanaimo got separated from his group, spending a cold, sleepless night alone on Mount Benson Friday.

The 23-year-old man was hiking in the area of Witchcraft Lake after work on Friday when he didn’t return to the parking lot with his group.

RCMP were called to the area to try to help find him around 10:30 p.m. and could not reach him on his cell phone.

Nanaimo Search and Rescue was notified and, along with a civilian search dog, started scouring the area around 11 p.m., continuing the search until 6 a.m. the following morning.

The hiker’s friends told police at 6:30 a.m. that their friend had returned to the parking lot. He said he stopped trying to find his way after the sun went down, sat by a tree and waited for daybreak to try to find his way back.

Police say the man wasn’t prepared in the event of an emergency as he was wearing only shorts, a T-shirt and had no water or emergency supplies.

“This young man is very lucky as he was not prepared to spend an extended time outside. Fortunately for him the weather was on his side,” said Const. Gary O’Brien. “Too many rules of hiking were not followed – no water, food, extra clothing and becoming separated from his group. Hopefully he learns from his mistakes.”

Search and rescue teams always recommend hikers plan their trips in advance, tell someone where they’re going, be aware of the weather, take sufficient supplies and respect their limits.