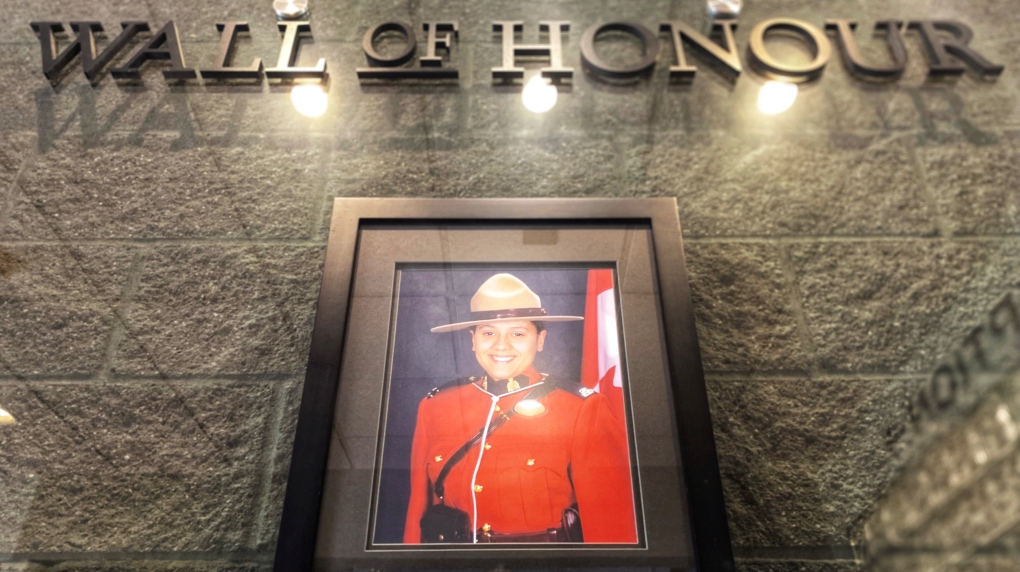 VICTORIA -- Police across the island are remembering West Shore RCMP officer Const. Sarah Beckett, who was struck and killed by an impaired driver exactly five years ago.

"We, along with the community she served, remember her each time we pass her memorial inside the foyer of the Detachment; when we visit the garden planted out front of the Detachment; or when we take our families to play at the Sarah Beckett Memorial playground," said Insp. Todd Preston, officer in charge of the West Shore RCMP in a statement Monday.

Preston says that in the years since Beckett's death, West Shore RCMP officers have remembered her legacy and kept road safety at top of mind.

Over the past five years, more than 900 impaired driving-related charges have been brought forward by the RCMP detachment.

"These investigations were successful, in part, because of the public’s assistance," said Preston.

"Thank you for your ongoing support. Next time you drive by the playground built in her memory or see the flowers planted in her garden out front of the Detachment; please take a moment to remember the sacrifice she made for your community," he said.

"I can assure you that we will continue to honour Constable Sarah Beckett’s memory in a way that she would appreciate."

Beckett was struck and killed by an impaired driver in April 2016 after the driver passed through a red light and struck the RCMP officer while she was driving her police cruiser.

She is survived by her husband and two sons.