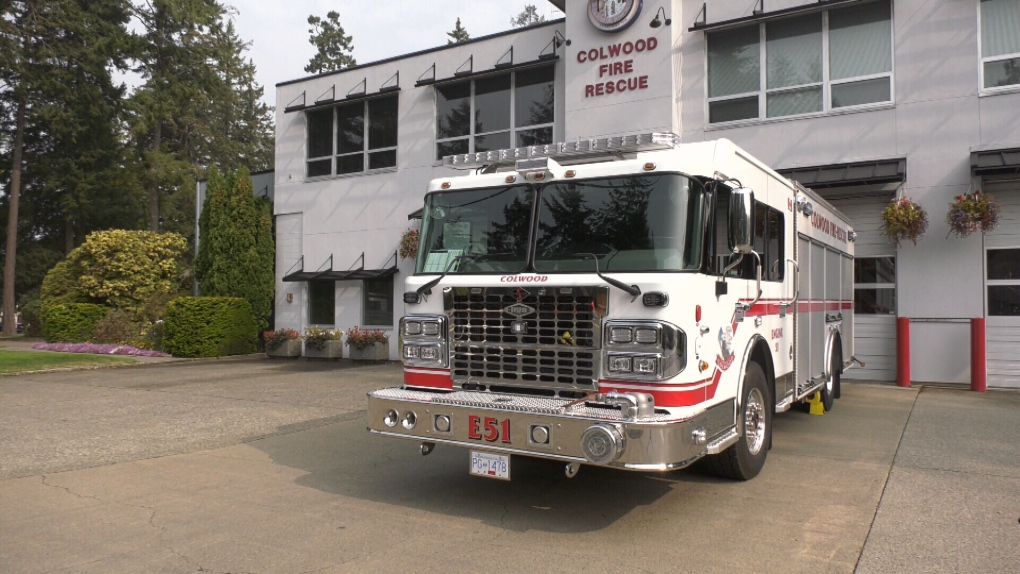 West Shore RCMP are crediting the quick work of firefighters with containing a suspicious house fire in Colwood on Monday night.

Multiple witnesses reported the fire on Betula Avenue around 11:30 p.m., and one neighbour went so far as to use a garden hose to help douse the flames before firefighters arrived. When first responders arrived, neighbours told police and firefighters that the home was believed to be empty.

Firefighters moved to douse the flames and contained the fire to the back portion of the house, according to the RCMP.

First responders confirmed that the house was empty and do not believe anyone was injured by the blaze.

"If this had caught and spread we would be dealing with a very different, possibly tragic situation," said Const. Meighan Massey of the West Shore RCMP in a release Tuesday.

"It is due to the swift actions of the Colwood Fire Rescue Service that this did not spread and the neighbourhood remained safe," she said.

RCMP say members of the Colwood Fire Rescue Service believe the source of the fire is suspicious.

Police investigators returned to the scene Tuesday to continue their investigation.