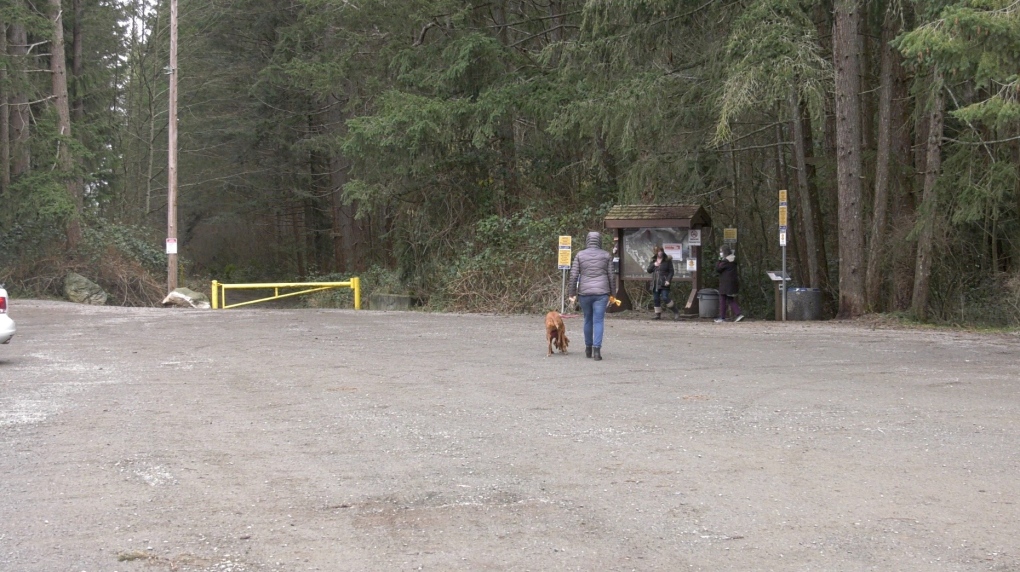 Mounties are searching for a man who allegedly exposed himself to walkers in the Northeast Woods of Comox on Monday. (CTV News)

VICTORIA -- Investigators are searching for a man who allegedly exposed himself to trail walkers in the Northeast Woods of Comox on Monday.

Comox Valley RCMP say that the incident occurred between 3:30 p.m. and 4:45 p.m. A woman told police that she was walking on the trail when she spotted a man exposing himself.

The man, who is believed to be in his early twenties, was walking a dog and was last seen running towards the parking lot at the end of Torrence Road.

"We know this is a well-walked trail -- a lot of people do go there with their dogs, so we're looking for anyone that may have been on the trail at the same time and may have seen this man," said Const. Monika Terragni of the Comox Valley RCMP.

"He was last seen running towards the parking lot at the end of Torrence Road," she added.

The young man is described as tall and thin with medium length hair. He is approximately 20 years old and was wearing tight clothing at the time. His dog is described as medium-sized with black and white fur.

“We would like to hear from anyone who saw this man, knows him, or might have dashcam footage from the parking lot,” said Terragni.

While the incident took place on Jan. 18, it was not reported until Jan. 19. Mounties encourage anyone who spots suspicious activity to call police immediately.