RCMP investigating after tires slashed on 10 vehicles in Nanaimo 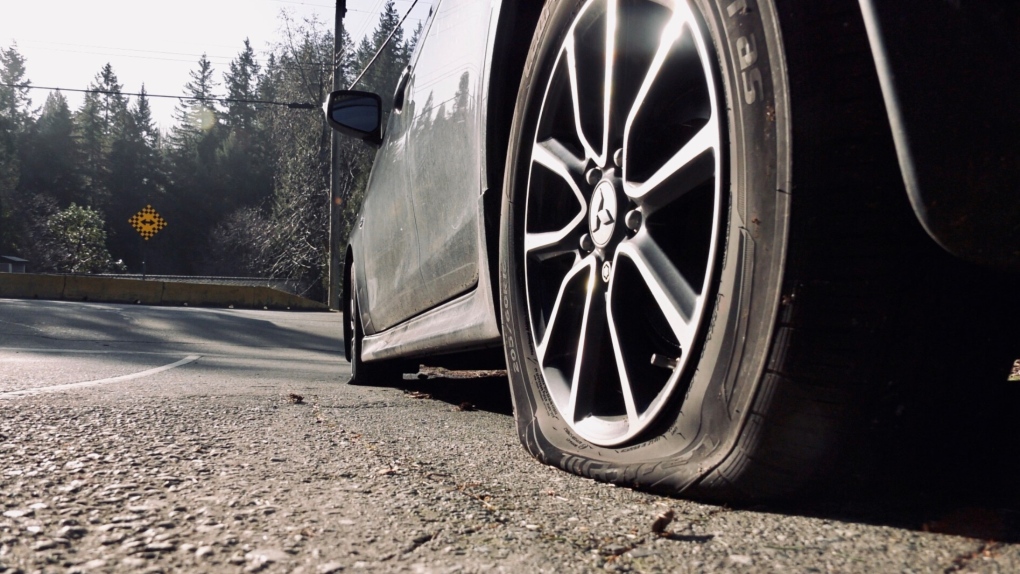 One of the slashed tires is shown near the intersection of Ross Road and Bourmouth Road: (CTV News)

All of the incidents are believed to have occurred overnight in several areas of central Nanaimo, including along Country Club Drive, Ross Road, Meredith Road, Boxwood Road and Bournemouth Road.

Each vehicle that was damaged was parked on a street outside of a home, condo or apartment building. In each incident, police say that one or two tires on the same side of each vehicle was slashed by a sharp object.

“In almost all cases the tires were destroyed,” said Mounties in a release Thursday.

So far, police have not identified any suspects or witnesses to the tire slashings.

“These events are absolutely senseless and have caused considerable financial strain to many,” said Const. Gary O’Brien of the Nanaimo RCMP Thursday.

“Vehicle owners were also tasked with making alternate arrangements to get to work, finding rides for their kids to school and having to replace their tires,” he said.

Police estimate that the tire slashings have cost victims thousands of dollars.

Anyone with information on any of the incidents is asked to call the Nanaimo RCMP non-emergency line at 250-754-2345.