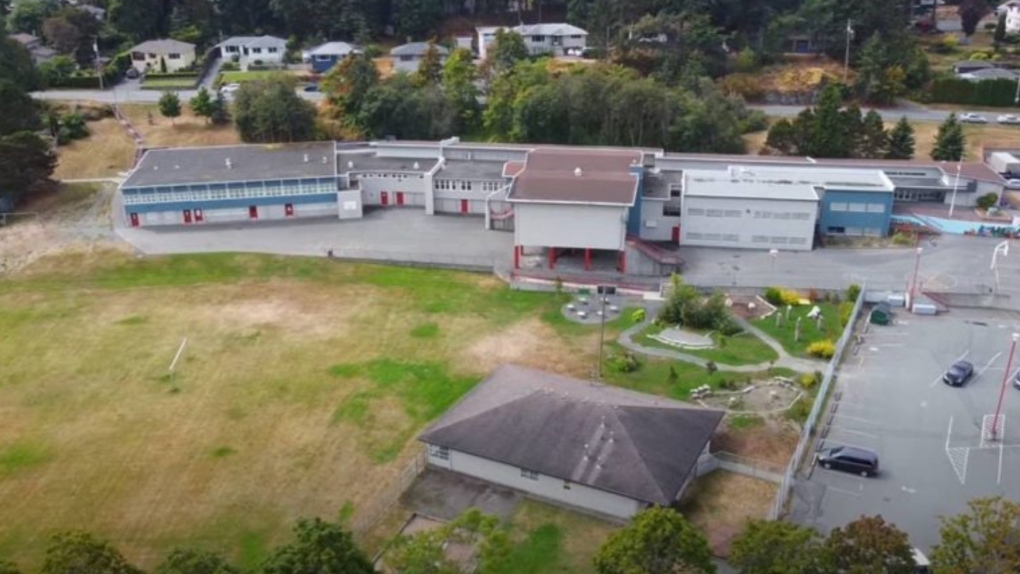 View Royal Elementary School is seen in this aerial photo from the school's website.

RCMP say the incident occurred just after school had finished at 3:15 p.m. on April 12. At the time, a man reportedly walked onto school grounds and exposed himself to two young girls, aged 11 and 5.

The girls, who were playing on a field, quickly ran from the man and alerted a staff member of the incident, according to police.

Mounties were called to the school and searched the area alongside a police dog, but they were unable to locate the man.

"This is the kind of incident that garners a visceral response from both the public and the officers responding to the call," said Const. Meighan Massey of the West Shore RCMP.

"We are conducting a thorough and methodical investigation into the incident," she said. "Kudos to the two girls who kept their wits about them, got themselves to the school monitor and reported right away."

Police are still searching for the individual, who is described as a white man who is clean shaven with short dark hair. He's approximately 30 to 40 years old and was wearing blue jeans and possibly a two-tone jacket that was black in the centre.

Investigators are asking anyone who lives near the school to check their home surveillance or dash cam videos for anyone who matches the description of the man on April 12.