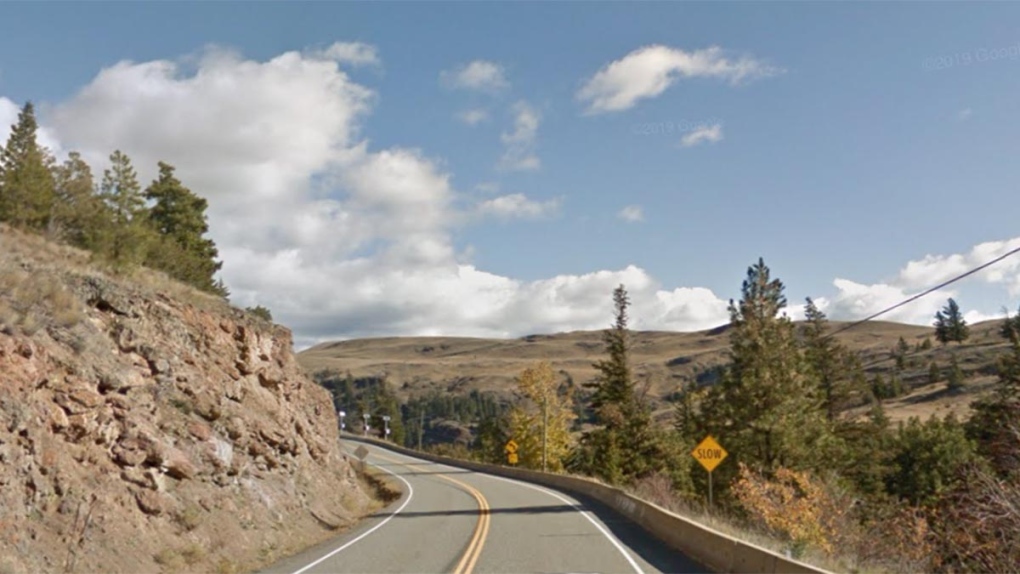 A stretch of Highway 5A near Stump Lake, B.C. is seen in this undated Google Maps image.

VANCOUVER -- The RCMP say they have mistakenly reported the death of a child in a crash near Kamloops, B.C.

The Mounties issued a news release Monday saying a 47-year-old man and two children, ages eight and six, died following a crash on Highway 5A near Stump Lake on Sunday.

In a correction issued Tuesday, Cpl. Jodi Shelkie says a five-year-old is still alive but remains in “grave condition” at a hospital in Vancouver.

She says police won't share further information about the child's medical status out of respect for the family's privacy.

The RCMP previously said those involved in the crash are from southern Alberta.

This report by The Canadian Press was first published Feb. 25, 2020.