A years-long investigation has led to the arrests of three men who were allegedly running an international "dark web" drug trafficking ring out of Nanaimo, B.C.

Mounties say they began an undercover investigation into an online drug vendor called "AlwaysOverweight" in early 2019.

Police say the AlwaysOverweight account was trafficking large amounts of drugs, including meth, cocaine, MDMA, oxycodone, Xanax, and what was listed as heroin but was actually fentanyl mixed with cutting agents.

Mounties say that the account was using encrypted messaging applications and dealing in cryptocurrency to try to stay anonymous.

RCMP describe the dark web as the "third hidden layer" of the internet, after the commonly used "open web" and the second layer of the "deep web."

The dark web requires users to use special internet browsers that mask their internet protocol (IP) addresses, such as Tor Browser, according to RCMP.

Police say they were able to "penetrate the criminal group’s digital barriers" and identify an address in Nanaimo, B.C., as the dark web dealer's physical location.

About a year into the investigation, on Feb. 4, 2020, Mounties arrested three suspects and executed search warrants on two Nanaimo homes.

Police seized a variety of items during the searches, including a range of drugs, drug packaging, cash, computers, data storage devices, assorted documents and mailing envelopes. 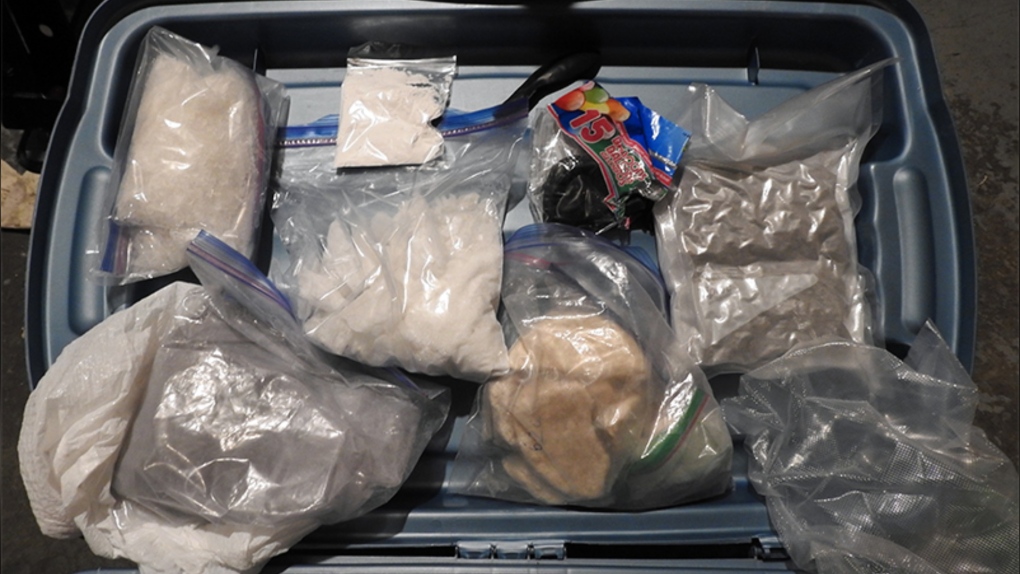 Some of the seized items are shown. (RCMP FSOC)

Chang has been charged with one count of a trafficking a controlled substance.

The trio are scheduled to appear in Nanaimo provincial court on June 7.

"This is a great example of our ability to quickly adapt and adjust our investigative techniques to meet the rapidly evolving and dynamic world of cybercrime," said Superintendent Richard Bergevin, officer in charge of BC RCMP Federal Policing – Major Projects.

"The dark web is just one of the tools that organized crime uses to avoid detection, and so police need to continuously evolve their technical capabilities to stem the flow of toxic drugs into our communities," he said.

An Iranian government official denied on Monday that Tehran was involved in the assault on author Salman Rushdie, though he justified the stabbing in remarks that represented the Islamic Republic's first public comments on the attack.