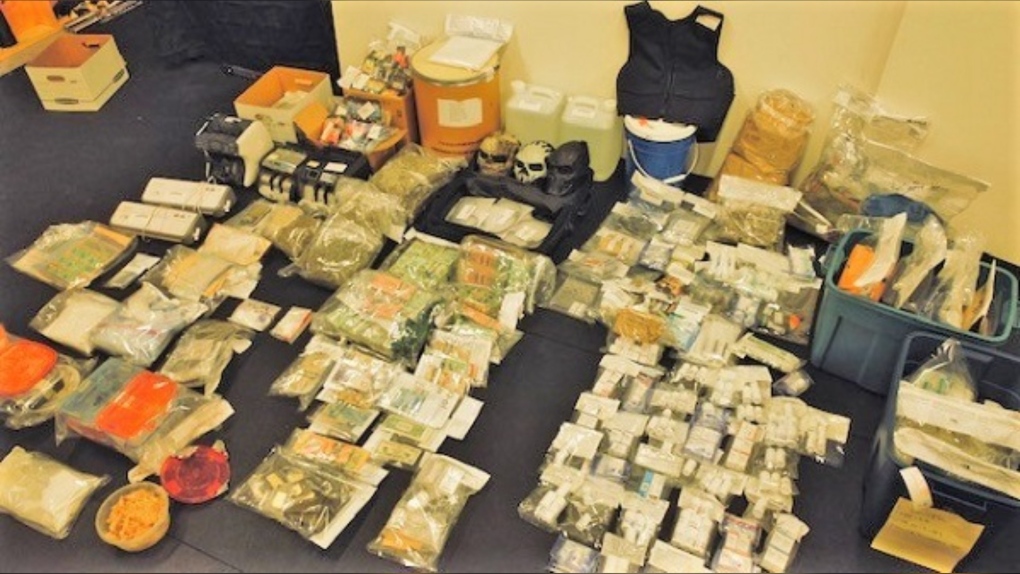 Some of the seized items are shown. (RCMP)

Six people were arrested and a significant amount of drugs, cash, and gold and silver bars were seized from properties on Vancouver Island and in Vancouver last year, the RCMP said Thursday.

The arrests came after federal organized crime teams based on Vancouver Island executed six search warrants at homes in Vancouver and Victoria, as well as on five vehicles in the two communities.

The searches spanned between September and December, based on information from federal investigators as well from the Federal Bureau of Investigations in Los Angeles.

"In B.C., criminal organizations have made significant investments in the illicit drug trade which has had a lasting negative impact on our society," said Supt. Richard Bergevin, Officer in Charge of the B.C. RCMP Federal Serious and Organized Crime – Major Projects.

"The damage to our communities is immeasurable and families across our country continue to feel the losses to overdose and addiction," he said.

A list of the different drugs seized, according to RCMP, can be found below:

Mounties say no charges have been laid yet, and the investigation is ongoing.

U.S. President Joe Biden on Saturday signed the most sweeping gun violence bill in decades, a bipartisan compromise that seemed unimaginable until a recent series of mass shootings, including the massacre of 19 students and two teachers at a Texas elementary school.

They are the most fiercely polarizing issues in American life: abortion and guns. And two momentous decisions by the Supreme Court in two days have done anything but resolve them, firing up debate about whether the court's Conservative justices are being faithful and consistent to history and the Constitution – or citing them to justify political preferences.

Russian forces were trying to block a city in eastern Ukraine, the region's governor said Saturday, after a relentless assault on a neighboring city forced Ukrainian troops to begin withdrawing after weeks of intense fighting.

An Ottawa criminologist says questions about whether political pressure was placed on the RCMP commissioner in the Nova Scotia shooting investigation illustrate why Brenda Lucki should not report to the public safety minister.