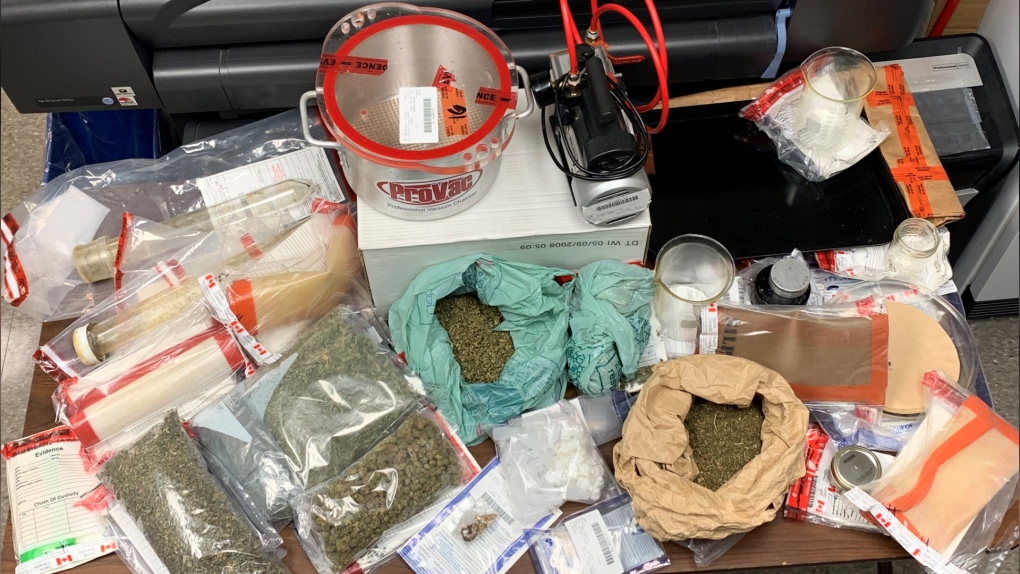 The investigation began on July 12 with the execution of a search warrant related to a separate case.

Approximately 1.45 kilograms of cannabis and an unknown quantity of cannabis concentrate were discovered, as well as two grams of magic mushrooms, three cans of compressed butane, propane, a vacuum chamber and a baking dish, according to the Department of National Defence.

Investigators say access to the home was immediately restricted until a second search warrant was obtained to investigate the illicit items.

"Activities such as the possession and production of illegal drugs are extremely damaging to the health and welfare of our community, and will not be tolerated," Lt-Cmdr. Bryan MacLeod of the CFNIS said in a statement Friday.

"These charges reflect our ongoing commitment to conduct professional national level drug enforcement investigations in order to ensure those responsible are brought to justice and maintain a safe and secure environment for all CAF personnel," he said.

Alexander is a regular forces member with the 407 Maritime Patrol Squadron in Comox. A base spokesperson tells CTV News that Alexander remains on active duty in the non-safety senstive position of quality management for operational manuals, a role he started in 2018.

Neither of the charges against him has been proven in court. The case will now proceed through the military justice system for possible court martial.

Authorities in Canada and the United States have raised red flags about the dangers of trying to extract marijuana oil at home following several fires and explosions that the U.S. Drug Enforcement Agency says have killed at least 19 people in California alone since 2014.