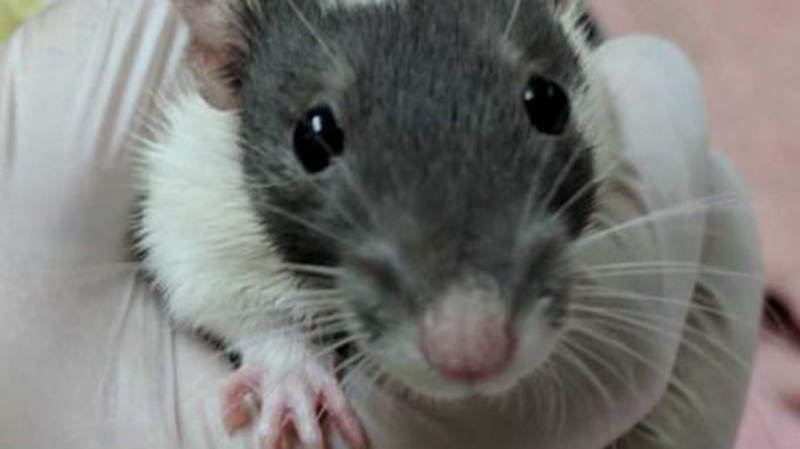 Nearly one hundred domesticated rats are in the care of the BC SPCA's Victoria branch after being surrendered by their former owner – and more could be on the way.

The organization says a man living in a downtown low-income residence is now in hospital and unable to care for the rodents, so he surrendered 97 of them.

"Obviously this intake of 97 small animals is putting a strain on our space and resources and there is a possibility that more may be coming in from the same residence,” branch manager Annie Prittie Bell said.

While rats are often depicted as unclean pests that can strike terror into some humans' hearts, Prittie Bell said that's not the case.

"Some people are skittish when it comes to domestic rats but they are actually intelligent and social animals who make great pets," she said.

The rats range in age from three weeks to two years and many are pregnant, but Prittie Bell said most of them are used to being handled and are very friendly.

The Victoria branch says it will welcome financial donations to help care for the animals, and could also use items like hand towels, smaller towels, Oxbow Essentials Adult Rat Food and jars of baby food.

Anyone wanting to donate can do so online or in-person at 3150 Napier Lane in Victoria.