Two northern Vancouver Island photographers proved Monday night that with the right equipment and a lot of patience, they could capture some stunning images of a passing lightning storm.

Anthony Bucci is a professional photographer who captures nature, landscape and wildlife images for a living, along with conducting guided wildlife tours. On Monday night, he spent 8 p.m. to 3:30 a.m. on the hunt for perfect lightning photos. 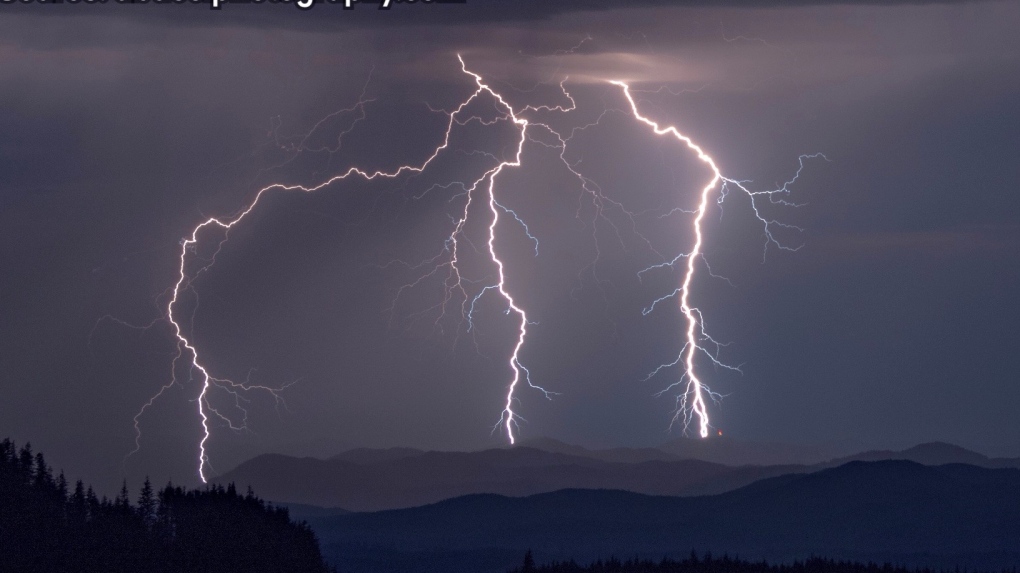 Bucci says he was notified of the approaching storm using the lightning tracker app on his phone.

“An electrical storm up here is kind of rare, I guess you could say. I was doing a whale-watching tour yesterday and I was monitoring it on a lightning tracking app,” Bucci says.

He has the app set to a 300-kilometre radius around the north end of the island and says the storm Monday night came down from the Cape Scott area towards Port Hardy.

“It kind of started off with fork [lightning] and then it was about an hour of just sheet and then it was three hours of fork lightning non-stop and then the fog rolled in,” Bucci says.

But during that time he was able to grab an estimated 600 photos and 40 videos, operating two cameras with 30-second exposures with two different focal-length lenses.

Bucci says there are motion detector gadgets that can be purchased that will automatically trigger cameras after picking up the lightning bolt but he prefers to do long exposures instead.

His images can be seen on Facebook at A Bucci Photography or at abucciphotography.com.

He wasn’t the only photographer out lightning-bolt hunting Monday night though.

Brian Texmo says he was just about to head to bed when his wife saw some flashing in the distance so knew the lightning was coming towards him.

“Last night you could sort of feel it in the air, you get that really humid, hot, wet feeling, out on my deck and I thought OK it’s going to happen here,” Texmo says. 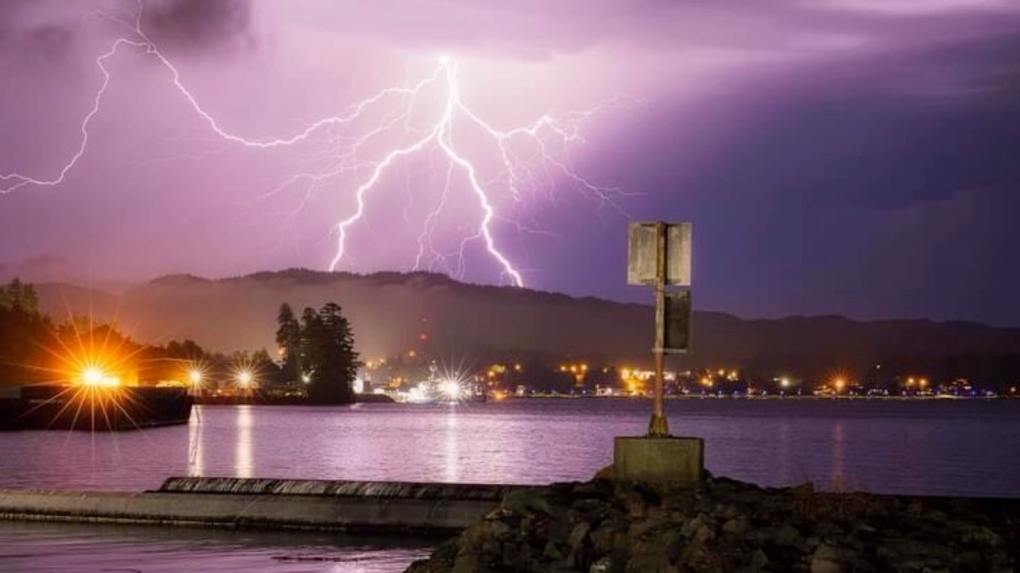 Texmo considers himself more of a hobby photographer with a passion for landscapes.

He went three to four kilometres away from his house towards the Bear Cove area to capture 15-second exposures.