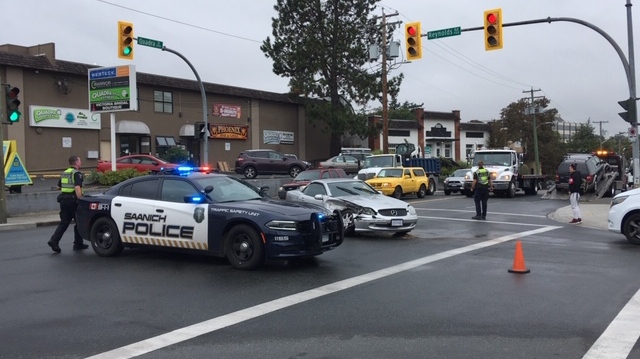 Traffic is backed up in both directions on Quadra Street in Saanich after an early morning fender bender Tuesday.

The crash occurred around 8 a.m. at the intersection of Quadra Street and Reynolds Road.

Tow trucks were on scene at 8:30 a.m. and were removing a Mercedes and a Ford Expedition.

No injuries have been reported.