VICTORIA -- A one-and-a-half-metre python that was missing in Victoria for six weeks has been found.

The ball python had been on the loose since July 2 in the 200-block of Bay Street, near the Galloping Goose Trail in Vic West. The police issued a public warning urging residents to call 911 if they saw the animal. 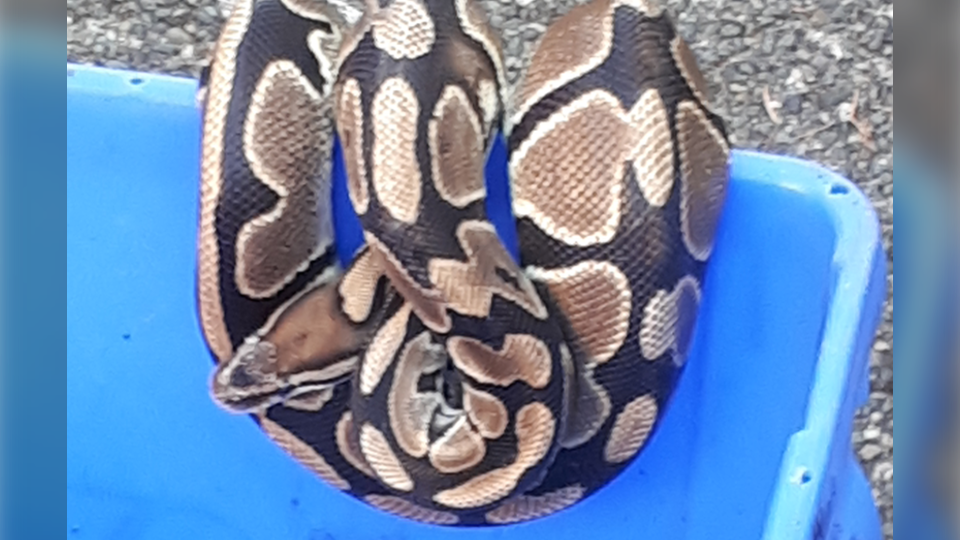 The snake was spotted just before 6 p.m. Wednesday in the 1100-block of Richardson Street, approximately three kilometres away. 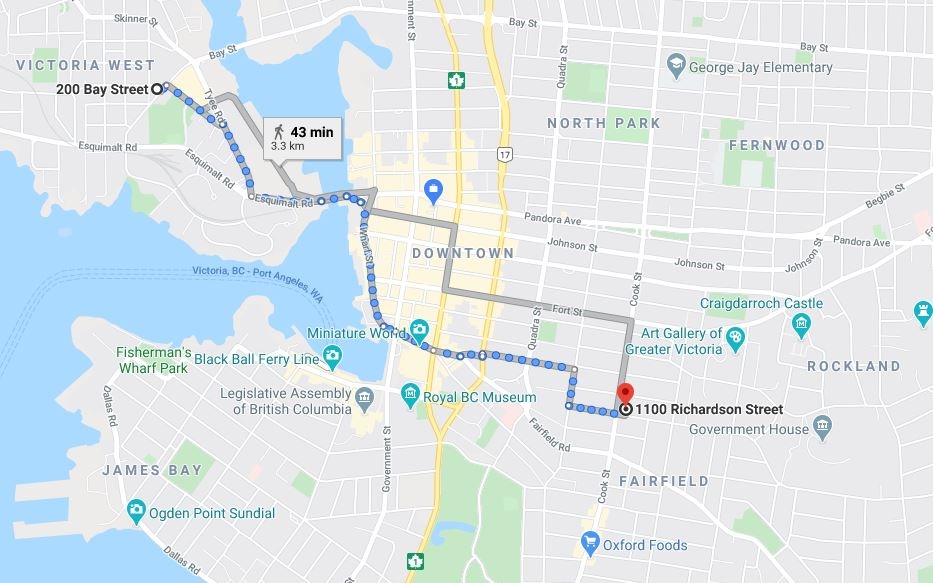 Victoria police say patrol officers attended the scene and found the snake hiding under a vehicle.

"A patrol officer who is familiar with snakes took the snake into custody without incident," police said in a statement Wednesday night. 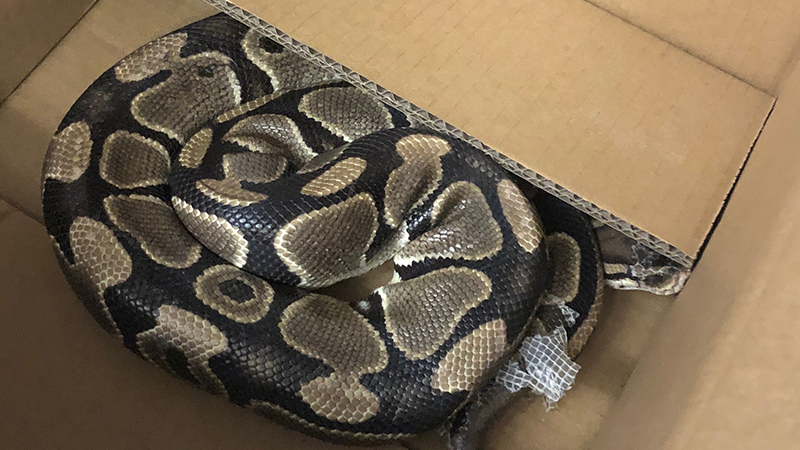 The snake was taken to a veterinary hospital for assessment and appears in good health, according to police.

Victoria police originally said the snake was found in the 1900-block of Richardson Street. It was actually found in the 1100-block.