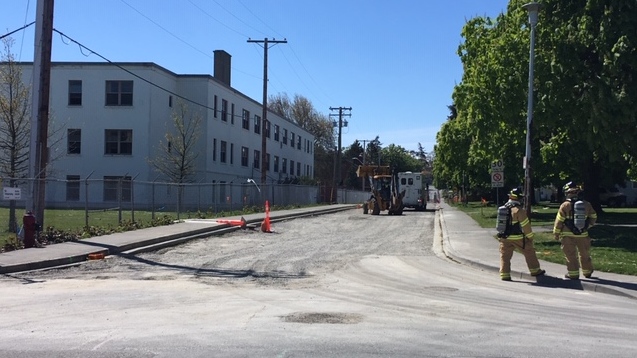 A gas leak has prompted the evacuation of homes near an under-construction sewage treatment plant in Esquimalt.

Homes in the area have been evacuated as a precaution, including military homes at Work Point.

Peters Street was blocked off to traffic while crews repaired the gas leak.

"An incident review will take place to confirm the cause of the leak and to ensure proper measures are in place," said Evan Southern, spokesperson for the Wastewater Treatment Project.

A fire official at the scene said the leak appeared to be minor and he believed crews had it under control.

Military police and FortisBC crews are also on scene.

There have been no injuries reported.

The Wastewater Treatment Project is scheduled to be completed by Dec. 31, 2020.