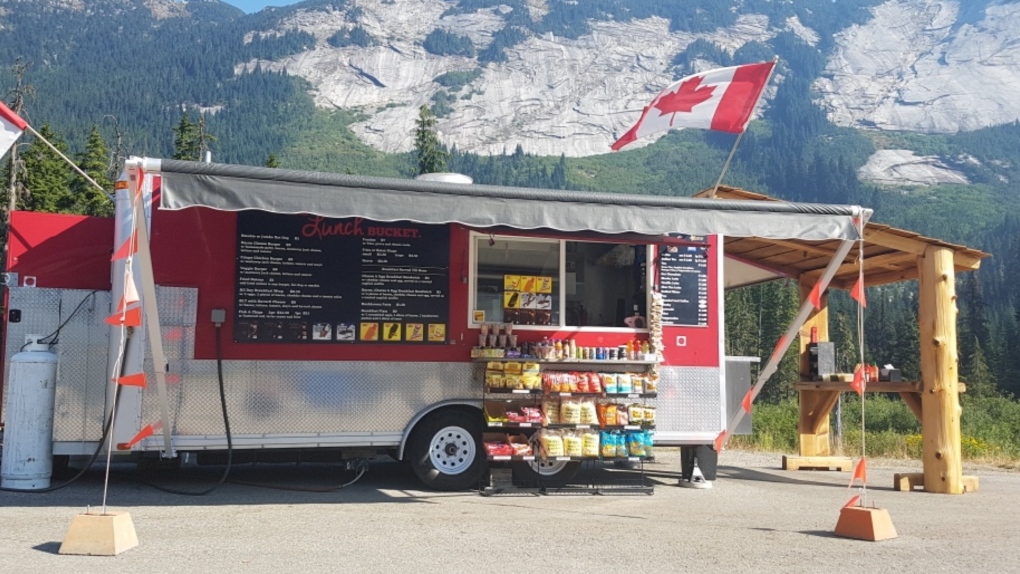 Food trucks are being set up at provincially owned locations throughout B.C. to support commercial truck drivers during the COVID-19 pandemic. (Province of British Columbia)

VANCOUVER -- The government of British Columbia says it is "forgoing the usual restrictions and fees" for food trucks looking to set up at publicly owned stops along the province's highways during the COVID-19 pandemic.

The move is intended to provide support to commercial truck drivers, who continue to operate as an essential service while many of the places they would normally stop are closed due to restrictions aimed at preventing the spread of the coronavirus.

According to the province, food trucks are being allowed to operate at rest areas, weigh scales and other commercial truck pull-outs throughout the Lower Mainland and Southern Interior, but only in locations where it is safe to do so at the current, reduced traffic volume on B.C. roads.

In a news release, the provincial government announced four locations where food trucks had been allowed to set up, noting that more are expected to be added in the coming weeks.

The current locations are:

Food-truck operators interested in applying for a permit to operate at provincially owned truck stops can do so online.

The provincial program is intended to complement a separate, private initiative set up by members of the BC Trucking Association. That initiative, called Meals for Truck Drivers BC, has set up an online map of resources - including food, restrooms, gas and accommodations - for truckers travelling across Western Canada.