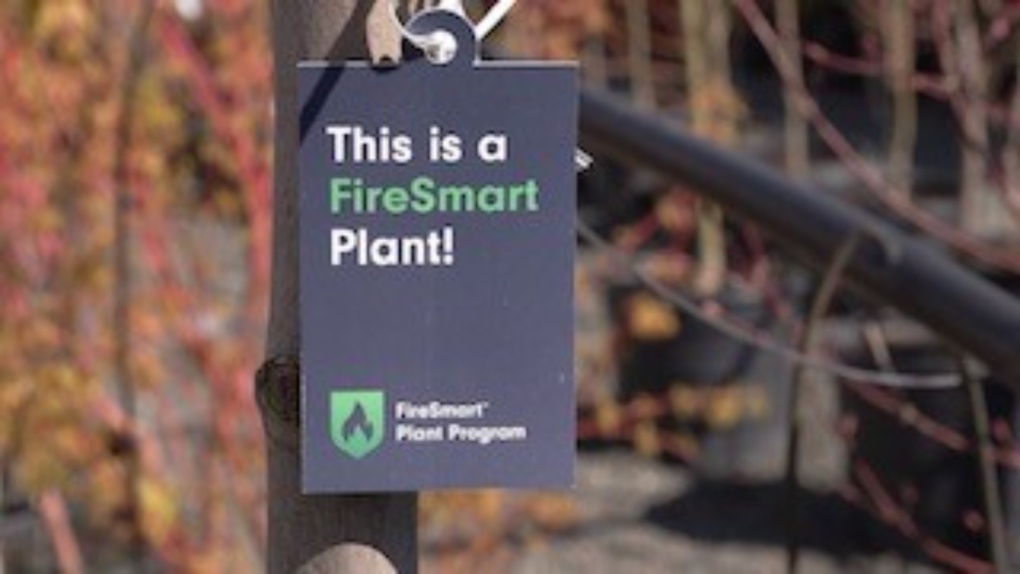 Gardeners in British Columbia are being encouraged to look for a new tag on items in their local nurseries starting April 19, which signify plants, shrubs and trees as "FireSmart."

The tags indicate which plants are considered more fire-resistant and are part of B.C.’s new FireSmart Landscaping hub.

The program is encouraging more educated purchases as the province heads towards what could be another hot, dry summer.

"Typically, Vancouver Island gets a few wildfires a year, it depends on the season. But we’re surrounded by kindling a lot of the time, so it’s probably a good idea for us to carry stuff like that," said Aleisha Laur of Sticks and Stones Nursery in Campbell River.

"Some plants are more risky for fires, things like conifers drop needles, those can be quite dry," she said.

"Sometimes leaves that are larger are evergreens, but they’ll carry more water, so as opposed to an evergreen conifer that is quite dry, you can have an evergreen broadleaf plant that holds more moisture in its leaves," Laur added.

B.C. GEARING UP FOR FIRE SEASON

"The biggest part about FireSmart is understanding it’s the embers that are going to get your house, not the big flames," said Green.

"The majority of the houses that burn down in wildfire are through ember contact," he said.

Members of his fire department were deployed at various locations throughout the province last fire season, with firefighters getting a personal view of how various communities were affected by wildfires.

"Look at the city of Logan Lake. They were the first FireSmart city in B.C., they’ve been doing FireSmart for 15 years and this year they were tested and they survived," he said.

Residents living in Black Creek’s Martin Park neighbourhood don’t need to be sold on the program. The Vancouver Island community has been FireSmart for the past four years.

Many homeowners have equipped their structures with rooftop sprinklers and also coordinate with neighbours to get dry brush away from homes.

"Every year we get together with trailers and rakes and shovels and clean up the area and (the fire department) got us into a chipping program from the regional district, so we just stack up our stuff and they come out and chip it and take the chips away," said neighbourhood coordinator Kelly Horboetz.

Booklets and more information about the FireSmart program and FireSmart plants can be obtained through seven nurseries participating in the program on Vancouver Island:

The Canadian Armed Forces (CAF) has released further details about what will and won’t be allowed under its revised dress code expected to be enforced starting this fall.