VICTORIA -- A group of protesters vandalized a statue of Queen Victoria at the B.C. legislature on Friday.

Protesters splashed cans of red paint on the statue and used red spray paint to scrawl the words “Land Back” on the statue’s podium. 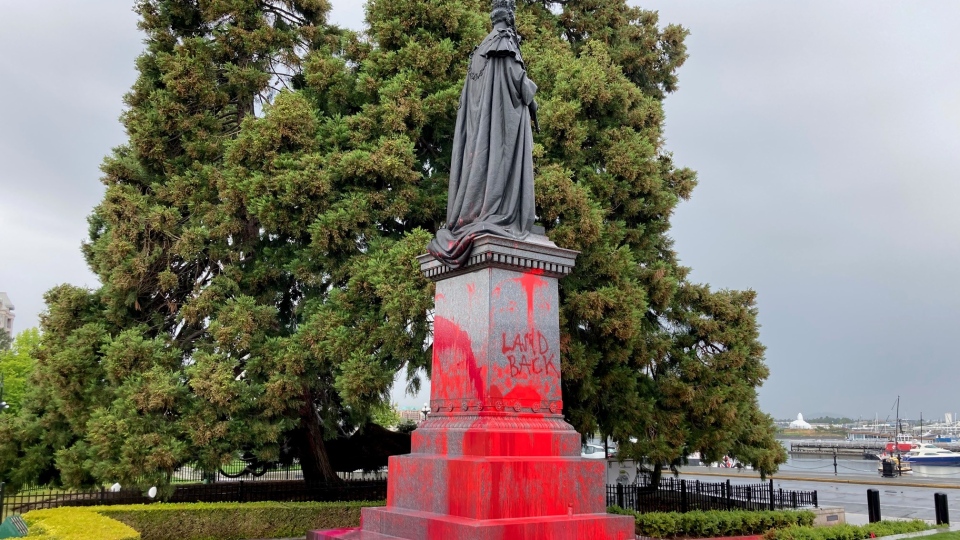 The paint was also poured into a fountain on the legislature grounds.

The incident occurred around 2:30 p.m. when hundreds of protesters converged on the legislature to voice opposition to the logging of old-growth forests in British Columbia.

The organizers of Friday's rally told CTV News they do not condone the vandalism and feel betrayed by those who defaced the statue.

Victoria police are asking any witnesses of the incident to come forward.

"Safe, peaceful and lawful protest is permitted under the Canadian Charter of Rights and Freedoms. Vandalism is not," said the police department in a release Friday.

It was the second straight day of protests against old-growth logging at the B.C. legislature after a group of seniors descended on the legislature grounds Thursday, shutting down a street in the area. 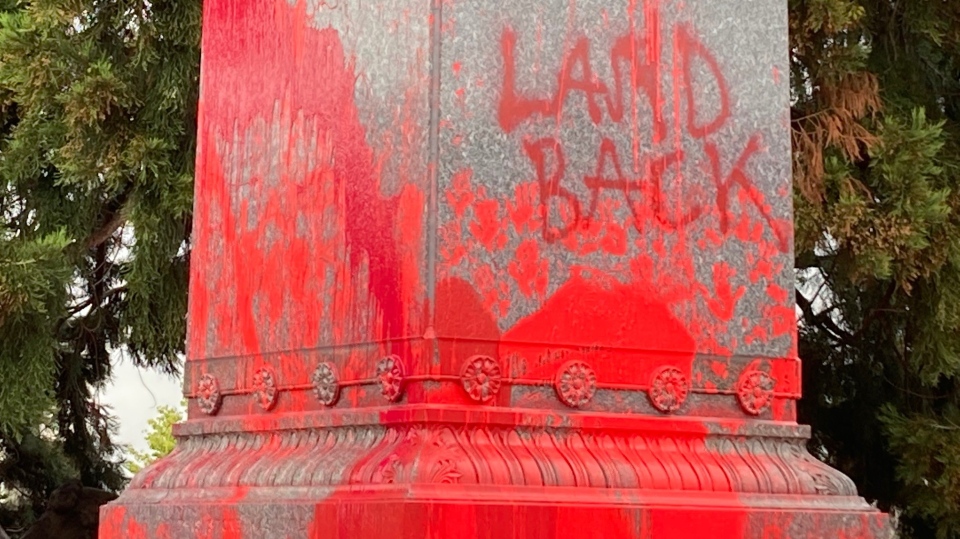 It’s not the first time this year that a royal likeness was vandalized in Victoria.

In February, a bust of Queen Elizabeth II in Beacon Hill Park was decapitated in the midst of a citywide vandalism spree.