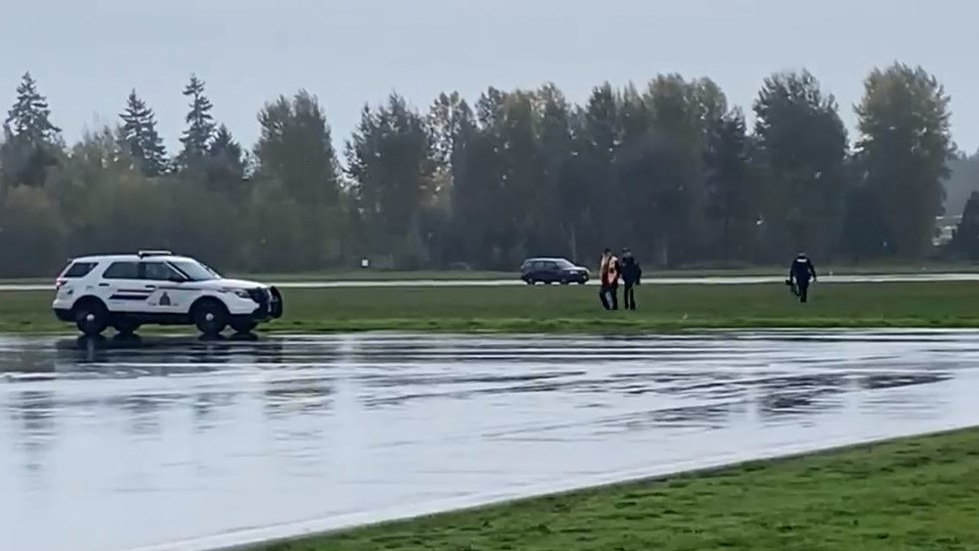 A protester with Extinction Rebellion Nanaimo was arrested by RCMP at the Nanaimo Airport after he jumped a fence and entered the tarmac on Monday.

The incident happened around 12:40 p.m. when the protest group was gathered outside the airport’s terminal protesting against the use of fossil fuels for aircraft.

It was part of a nationwide protest at airports across Canada.

"We cannot afford to continue to burn fossil fuels at the rate we are burning and survive," said Leah Morgan, coordinator for Extinction Rebellion Nanaimo. 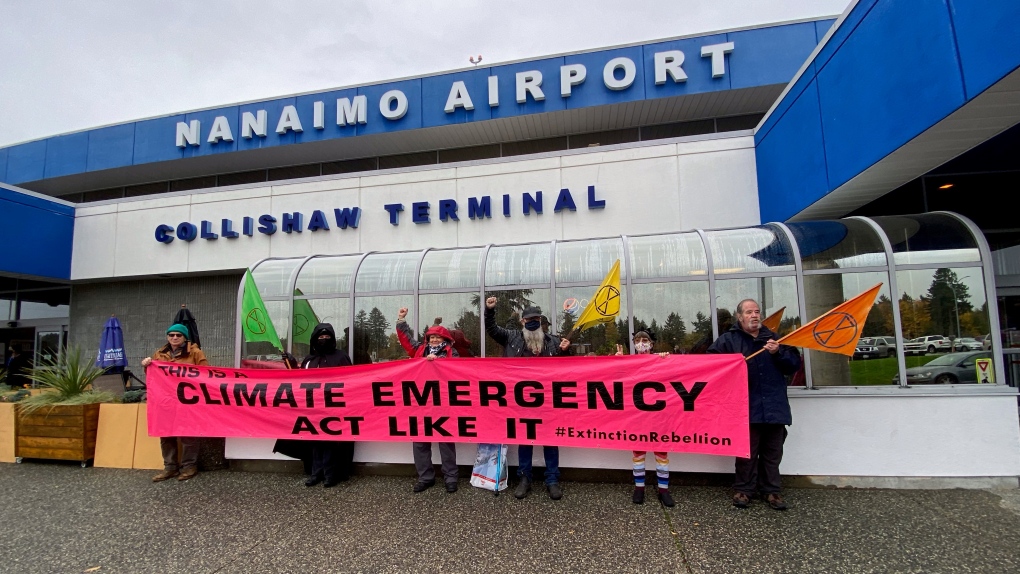 The protest was part of a global climate protesting campaign leading up to a UN climate summit, according to Extinction Rebellion: (CTV News)

The protester who jumped the fence was able to spray paint a message on the tarmac which stated, "Shut down runways to shut down runaway climate extinction," according to Extinction Rebellion.

Ladysmith RCMP arrived shortly after and arrested the man, transporting him to their detachment.

"It didn't disrupt any of our flights but (it's) very concerning that they would get on the air side and put any of our passengers at any type of risk," said Dave Devana, president and CEO of the Nanaimo Airport.

The protester was charged with mischief and later released until their next court appearance.

Today’s protest were part of a two-week daily protest campaign by Extinction Rebellion chapters across the world.

The two weeks of protests are leading up to the UN Climate Conference, COP26, scheduled to take place in November in Glasgow, Scotland.

Extinction Rebellion Nanaimo is planning a large protest in the city’s harbour next weekend.