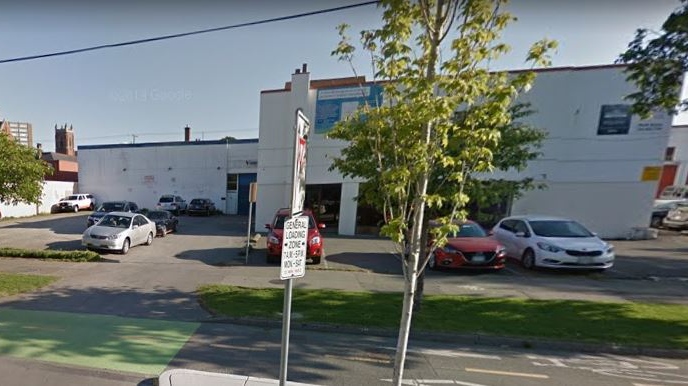 The proposed mixed-use development would include approximately 19,000 square feet of community space owned by the city on the ground floor, with plans for a community centre with neighbourhood programming, a gym and child care services.
Victoria -

The City of Victoria and BC Housing are looking to build 220 new affordable and supportive housing units on city-owned land in the 900-block of Pandora Avenue.

In addition to the non-market rental housing, the proposal also includes a community centre, gym and childcare spaces on the vacant lots at 926-930 Pandora Avenue.

“This proposed redevelopment will breathe new life into a long-vacant property that stretches nearly half a city block bordering on the Downtown and North Park neighbourhoods,” said Victoria Mayor Lisa Helps in a statement Wednesday.

The proposal is a partnership between the city, BC Housing and the Capital Region Housing Corporation, which Helps chairs.

“This is an exciting and inclusive neighbourhood revitalization project that will provide a community centre for both downtown and North Park, which have long been advocating for one, and will provide much-needed housing for families and others in need of safe, secure affordable housing in the midst of a housing crisis,” Helps added.

The proposed mixed-use development would include approximately 19,000 square feet of community space owned by the city on the ground floor, with plans for a community centre with neighbourhood programming, a gym and child care services.

The development would also include approximately 170 affordable rental units, leased and operated by CRHC, and up to 50 supportive housing units, which would be leased by the province.

It would be up to BC Housing to choose a non-profit housing operator for the supportive housing component of the project.

“This development is incredibly exciting, providing 220 new homes for people who need those homes desperately, as well as delivering amenities to the broader community,” said David Eby, B.C.’s Attorney General and Minister Responsible for Housing, in the statement. “I would like to thank the City of Victoria and CRHC for bringing this community-building project forward.”

The city said Wednesday that BC Housing will lead the development effort and will be responsible for the overall construction of the project, which includes engaging with the community throughout the development process.

Inside an Ontario ICU where the COVID-19 patients are largely young, and all unvaccinated

The truth of the fourth wave of COVID-19 in Canada is starkly clear inside the intensive care unit at Hamilton General, where the majority of the COVID-19 patients struggling on life support are young — and unvaccinated.

The government of Alberta has joined other provinces across Canada in announcing a proof of vaccination program as COVID-19 cases continue to soar to well over a thousand per day.

Liberals and Conservatives tangled in a tie in the final days of campaign: Nanos

As the clock ticks down toward Election Day, neither the Liberals nor the Conservatives have managed to secure a comfortable lead and the two parties remain tangled in a statistical tie, according to the latest polling data from Nanos Research.

Ontario health officials are reporting more than 800 new cases of COVID-19 and three more deaths due to the disease.

A Nova Scotia man and his family took the trip of a lifetime to Newfoundland. The 89-year-old’s trip fulfilled a longtime dream of travelling outside of his home province.