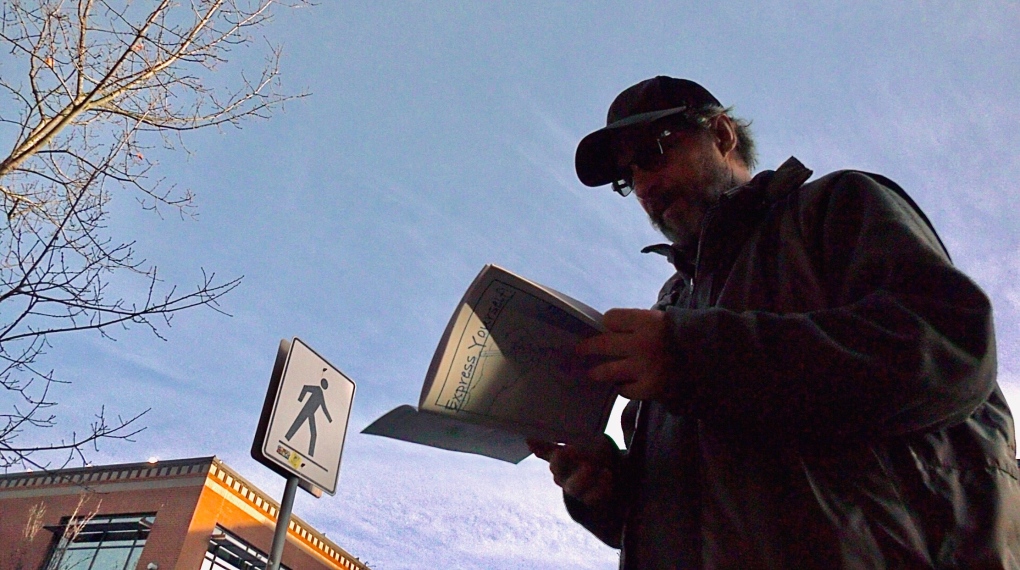 Dann Denis, who lives in the homeless community and has become an ambassador for Word on the Street, will distribute the booklets. (CTV)

NANAIMO, B.C. -- Literacy Central Vancouver Island (LCVI) has created a program called Word On The Street to engage people who are isolated, underhoused or homeless.

The program gives people who are vulnerable a creative way of expressing themselves.

The group recently created a booklet called “Express Yourself,” which will be handed out to the homeless community in Nanaimo.

The booklet has several activities, including games and colouring pages. It also has a written submission form that people can write a piece of literature on. The form can then be submitted to LCVI, which may choose to post the piece on its new bulletin board. Submitted pieces could also be used for a possible future publication.

Dann Denis, who lives in the homeless community and has become an ambassador for Word on the Street, will distribute the booklets.

“It’s an outlet for us and it’s a way of giving back at the same time,” says Denis.

A Word on the Street bulletin board has also been created in downtown Nanaimo.

It hangs in the storefront window of Well Read Books at 19 Commercial St.

The bulletin board provides people with news updates, community service information, and a space to showcase their submitted literature.