"I gifted it to them to help however I could," Horn told CTV News on Tuesday.

Now, companies around the world have copied that logo, and many others like it, and are profiting off the orange shirt movement.

"You know, it’s hurtful to see this happening," said Horn. "It’s not why I created this design and I know there's other artists who've had their designs taken on these websites I’ve seen."

Eddy Charlie is a residential school survivor and one of the founders of Victoria Orange Shirt Day, or Xe Xe Smun’Eem, meaning sacred child.

He speaks to groups about the atrocities of residential schools.

"We do this with good intentions, and the fact that somebody stole the design to profit from other people's pain, it's mind numbing," said Charlie.

Going online and searching "orange shirt" will bring up many different companies selling shirts with copied logos on them. CTV News reached out to many of the companies through email, which is often the only listed means of communication. No responses were received Tuesday.

A company out of Texas called Earthfurever listed its phone number on its website, but nobody answered the phone when we attempted to call them.

Thompson specializes in intellectual property. He says the laws are very clear when it comes to art.

"If they’re creating something that is new and original, that belongs to them," said Thompson. "It’s their right to allow others to use it for Orange Shirt Day but it’s not the right for anyone to copy."

Thompson says it’s a complicated process of trying to receive compensation or get a website to stop, especially if a company is located outside of Canada.

"If I was acting for the Indigenous artist, I would determine where the problem is originating from," said Thompson. "I would file for copyright to register the copyright because in some jurisdictions having a registered copyright actually is a precondition to starting court action."

"I would be trying to determine through a series of letters if the person can either receive compensation or the other people will stop what they’re doing," he said.

It was Phyllis Webstad’s story of having her orange shirt taken away from her in a residential school as a young girl that sparked the creation of Orange Shirt Day. She wants consumers to be aware when purchasing a shirt online.

"I just want to educate the consumer so that they’re aware," said Webstad. "To make sure that designs aren’t stolen is the first thing and check where proceeds are being sent to."

When those proceeds land in the hands of an overseas company, it’s not supporting the orange shirt cause in Canada.

Official orange shirts, with artwork approved by original artists, can be found through many different sources in Canada, including through Victoria Orange Shirt Day, the Orange Shirt Society, or at any London Drugs location. 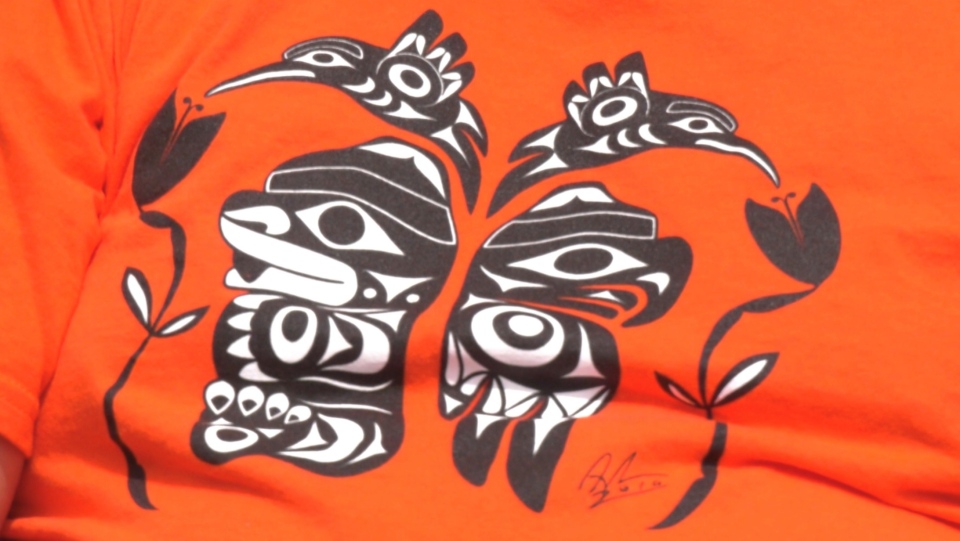 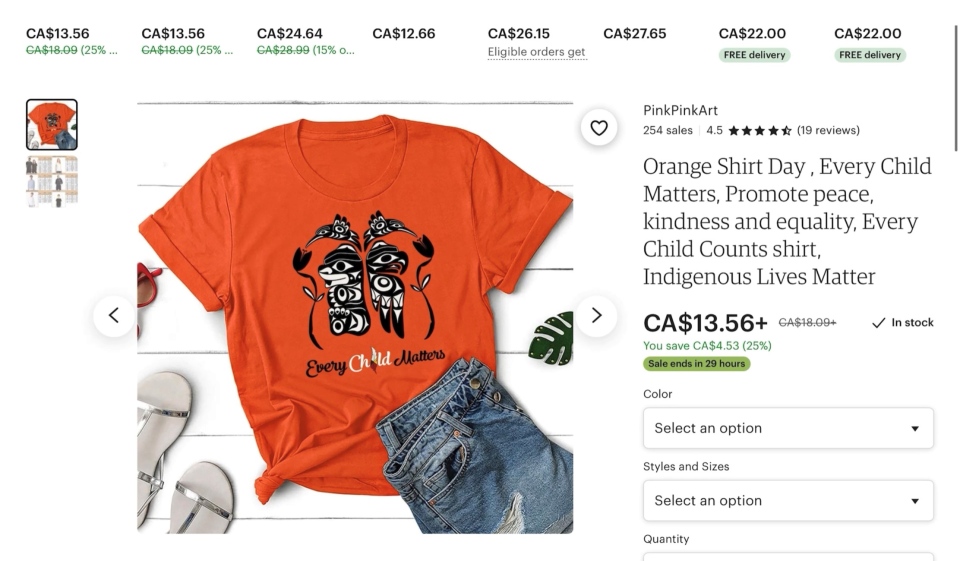