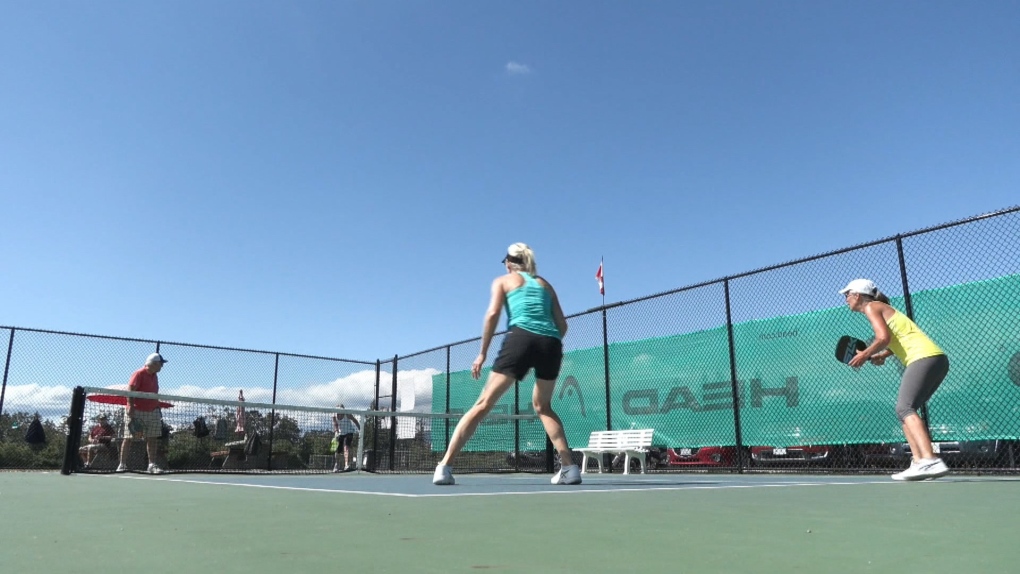 The District of North Saanich has hired a private security company to ensure pickleball players only use a local court during the prescribed hours.

The district says the courts in Wain Park have generated noise complaints, prompting the municipality to restrict the hours the courts can be used on certain days of the week.

Now, to address complaints that some players haven't been sticking to the schedule, the district is spending $3,000 on security to ensure the courts shut down on time.

"This is a way to try to give some comfort to local residents that we're doing as much as we can to sort of work with them," said North Saanich Mayor Geoff Orr.

Pickleball's growing popularity has led to noise complaints in cities across B.C., including in Victoria, where officials caused controversy by closing courts in the James Bay neighbourhood.

The sport dates back to the mid-1960s when several vacationing families in Washington state were looking to play new games on an outdoor badminton court.

It combines elements of tennis, table tennis and badminton and is played over a tennis net with what look like oversized Ping-Pong paddles and a hollow plastic ball.

It's the sound made by the paddles hitting the ball that some neighbours find so grating.

Pickleball players in the district told CTV News they think building a berm around the Wain Park courts could help reduce noise.

Orr said the district is working on long-term plans that could see the courts moved to a different location or to an indoor facility.