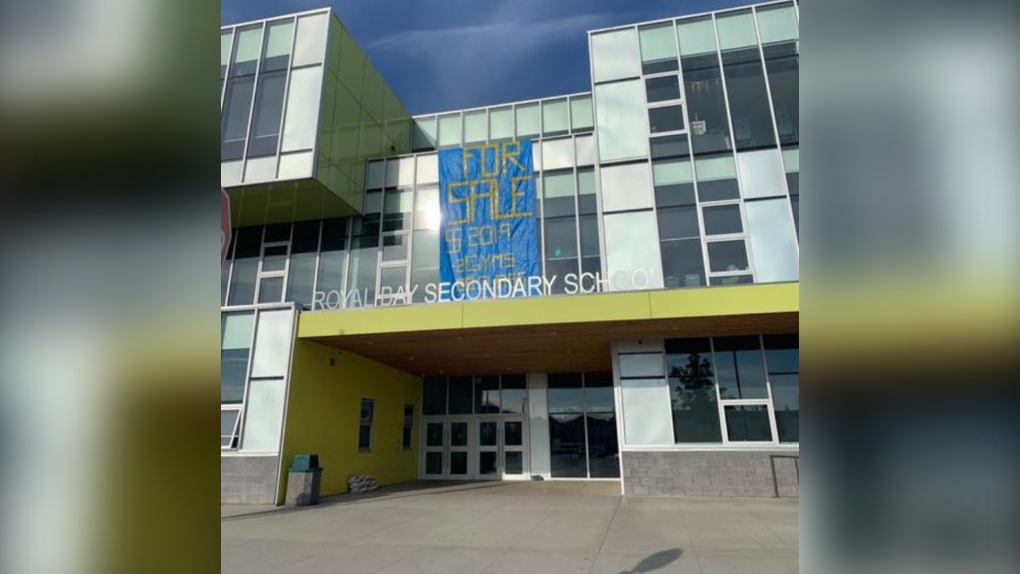 If you're in the market for a school, you’re in luck.

A classified ad was placed on the Used Victoria website this morning asking $2,019 for a “Slightly Used High School” as part of a grad prank.

While the offer may not be real, the ad's attention to detail is striking.

Royal Bay Secondary is listed as a “colourful, state of the art school [that] has been a great and well used home.” But the seller, registered as “Grad2019Pranks,” comments that after the past four years, they are “done with it.”

The ad continues to poke fun at the overcrowding at the school, which has been an issue since its opening in 2015.

Portables have been used to handle overflow, as the school — which was built for 800 students — now accommodates more than 1,100 and is growing each year.

However, the poster gives credit to the “nice men in yellow hats” for resolving the overcrowding issue with an expansion project that will be completed next summer.

An increase in teens vaping and “being fed up with looking at the same faces for the last four years” are listed as two main reasons for the sale.

The prankstesr describe the facilities in great detail, including broken hand dryers and slow Wi-Fi.

Royal Bay Secondary staff were not left out of the hilarity, with a brief nod to the “four middle-aged, bald men” advising the high schoolers.

Pranksters Sadie Twidale and Maddy Morrison came up with the idea last week in their grad council meeting.

The girls then went into school early Wednesday morning to hang up eviction notices and a for-sale sign, after posting the ad late Tuesday night.

“You can see the sign from up the road. It’s a 10-foot-by-20-foot tarp that says ‘For Sale.’” said Twidale. “Students from other schools have even made jokes about doing the same thing.”

Morrison is the class valedictorian and was concerned about the trouble they could get in, so the girls made the seller account with a fake email just in case they got in trouble. So far all they’ve received is kudos from staff and fellow graduates.

“The administrators discovered the eviction notices and signs when they came in at 7:30 this morning and they were really impressed,” Morrison said. “They asked if they could post it on the school Instagram account.”

Despite the initial confusion, the prank has gone off without a hitch. They girls say they are thrilled with the response.

“This was all Sadie,” Morrison said. “She made the whole thing come together, and we haven’t gotten in any trouble yet.”