Power restored after BC Hydro outage affects 7,300 on Vancouver Island

Power restored after BC Hydro outage affects 7,300 on Vancouver Island 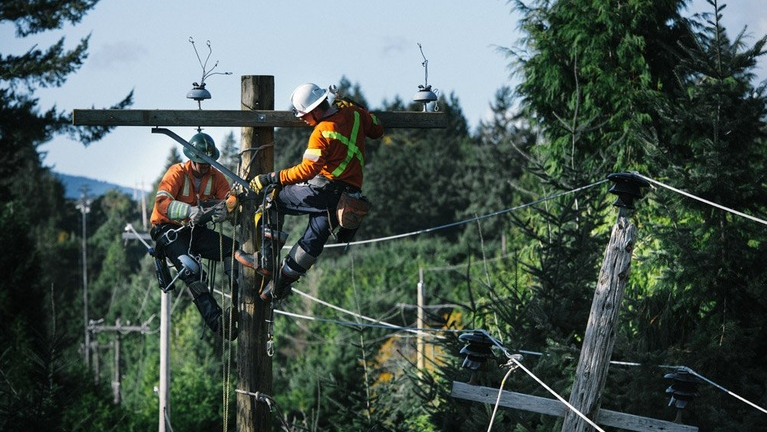 Power line technicians are seen in this undated photo shared by BC Hydro. (BC Hydro/Twitter)

BC Hydro says power has been restored after more than 7,300 customers on northern Vancouver Island were without electricity Monday morning.

The widespread outage was caused by a transmission circuit failure that affected homes and businesses in Alert Bay, Port McNeill, Port Alice, and Port Hardy, according to the power provider.

The outage lasted from approximately 8 a.m. until 11 a.m.

Police firing tear gas after an Indonesian soccer match in an attempt to stop violence triggered a disastrous crush of fans making a panicked, chaotic run for the exits, leaving at least 125 people dead, most of them trampled upon or suffocated.

How a deadly crush at an Indonesia soccer match unfolded

A soccer match at a stadium in Indonesia has ended in disaster, with at least 125 people killed and more than 320 injured after police sought to quell violence on the pitch, authorities said on Sunday. This is how events unfolded.

Marking one month as a judge on the Supreme Court of Canada, Michelle O'Bonsawin, speaks with Evan Solomon about why she wants people to see her as a judge first and the first Indigenous justice to sit on Canada's highest bench, second.

Russia attacked the Ukrainian president's hometown and other targets with suicide drones on Sunday, and Ukraine took back full control of a strategic eastern city in a counteroffensive that has reshaped the war.