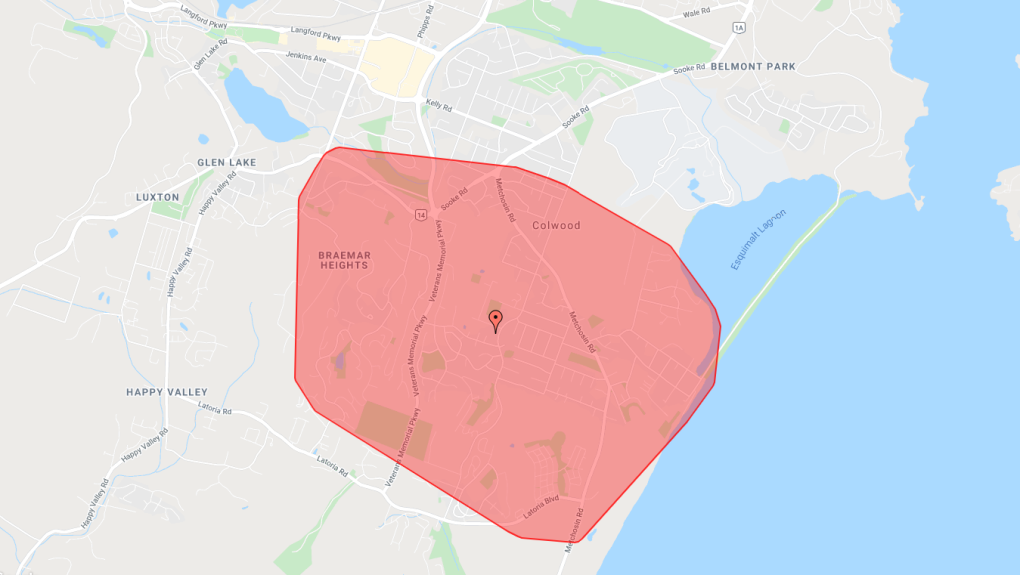 A large outage in Colwood and Langford affected approximately 2,678 homes and businesses between 7 a.m. and 9 a.m.

The hydro company said the cause of the outage was still under investigation.

The power was cut there around 7 a.m. and hydro crews were on site by 8:15 a.m., restoring power to most residents before 9 a.m.