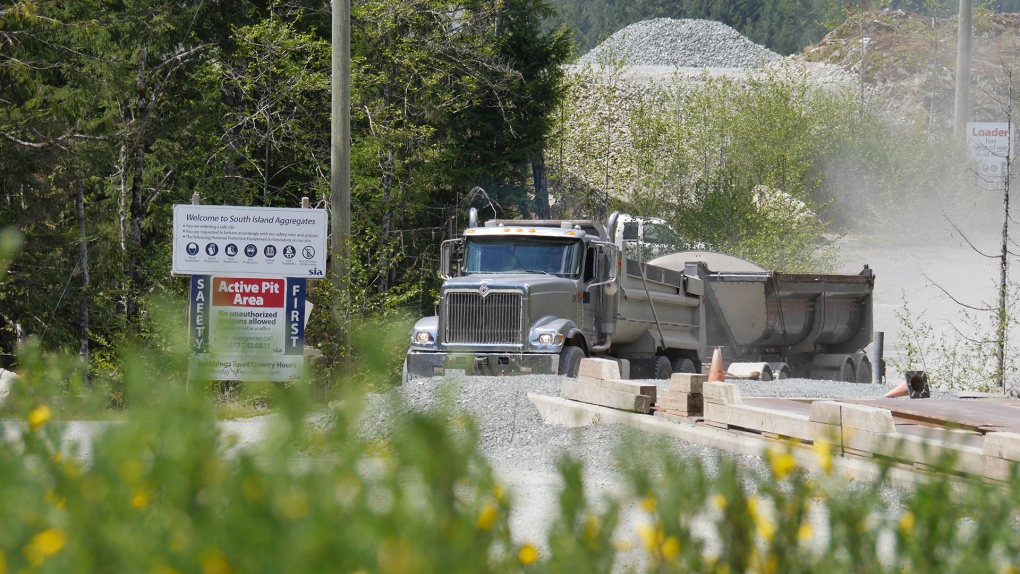 A suspected water leak from a controversial soil dump has health officials asking residents not to use the water from part of Shawnigan Lake.

According to VIHA, the Ministry of Environment is investigating and water tests will be conducted.

But a spokesman for South Island Aggregates said the site had already been inspected by the ministry Friday in response to a citizen report of the water overflow.

"After a thorough investigation by the Ministries representatives, it was found that all protective systems of contact and non-contact surface water runoff, were found to be performing as designed during today’s unusually intense precipitation," SIA co-owner Mike Kelly said in a statement.

VIHA confirmed that no licensed drinking water systems use water from that part of the lake.

The suspected leak comes amid long-standing controversy over the dump site, which sits on a slope above the lake.

A group of concerned residents wanted to shut down the site because they feared it would leak contaminates into the community’s drinking water.

Furstenau said she's calling on Environment Minister Mary Polak to act immediately and halt all dumping at the site.

SIA has obtained the necessary permits to go ahead with the dumping of five-million tonnes of contaminated soil on the site.