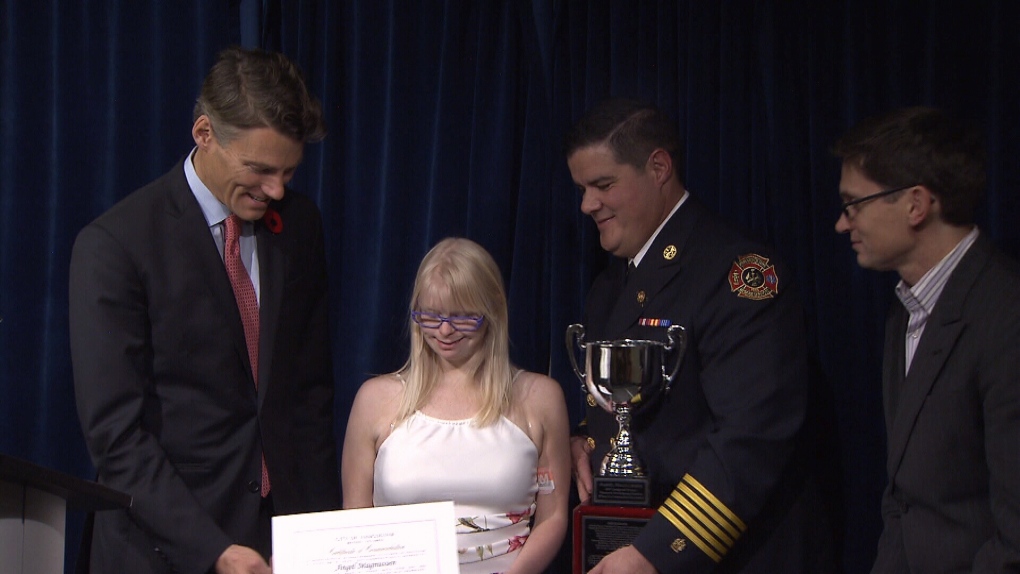 A Vancouver Island woman who sews blankets for critically ill children was honoured for her fundraising efforts.

At the age of 16 the Port Alberni woman created Hugginz By Angel, a charity that gives blankets and other items to kids with serious illnesses and children with special needs.