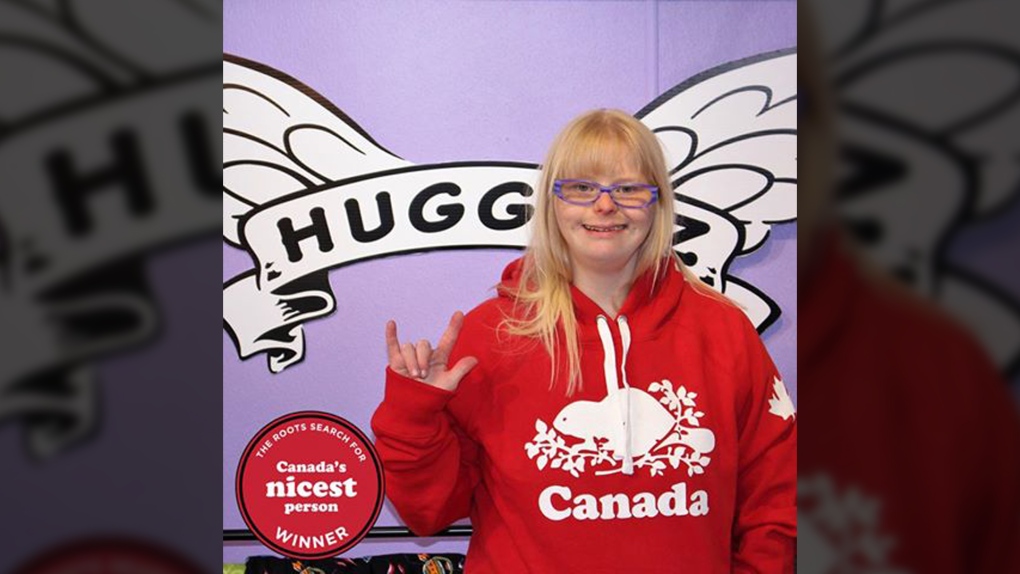 A Port Alberni woman who has made it her mission to sew blankets for sick kids has been named “Canada’s nicest person.”

Angel Magnussen created Hugginz By Angel, a registered charity that provides blankets and other items for kids with serious illnesses or other medical conditions.

Magnussen, who has Down syndrome, has sewn hundreds of blankets for hospitalized children around the world in countries like Australia, New Zealand and Scotland and has raised hundreds of thousands of dollars for charity.

Roots Canada announced last month it would be searching for the country’s nicest person in honour of Canada 150 anniversary celebrations.

Canadians were encouraged to nominate their friends and neighbours online who made a positive impact to their community or peers.

On Friday, it announced Magnussen would take home the honour – and a $10,000 donation to the charity of her choice, a $500 Roots gift card and a custom jacket.

“I am so happy to be named Canada’s Nicest Person,” she said in a statement. “$10,000 will help me to sew more blankets. I want to wrap sick kids in a warm hug to help them heal. Thank you for helping me to help sick kids.”

Magnussen made headlines last year when a long-distance runner Curtis Hargrove embarked on a 49-day journey to Los Angeles to deliver one of her blankets to Ellen.

Although the superstar, who is Magnussen’s hero, wasn’t there to receive the blanket, the stunt helped raise awareness and money for her Hugginz charity.