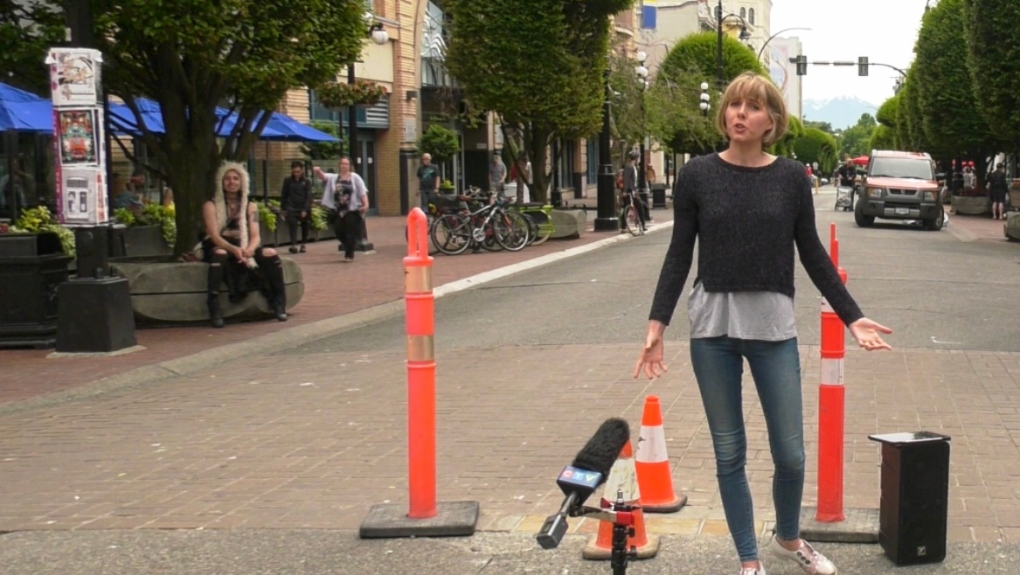 VICTORIA -- With theatres, concert halls and arenas shut down for music concerts in the Capital Region, one local organization has come up with a solution – bringing music to people instead.

Pacific Opera Victoria will be staging 'Pop-Up Operas' in various locations around Victoria this summer, including Beacon Hill Park, Fisherman’s Wharf and the Johnson Street Bridge.

Nine local singers from Pacific Opera will perform solos for their pop-up audiences throughout the season.

Various styles of music will be featured, ranging from folk and Broadway to jazz and classical. The operas will also be sung in French, German and Italian.

“I hope that people remember the quality and importance of art in their lives,” said Rebecca Hass, director of community engagement for Pacific Opera Victoria.

“Listening to things online, live streaming, there’s been so much of it but it’s not the same as a live actor, a live singer communicating to you.”

The concerts will happen four times a week, on Saturdays, Sundays and two weekdays.

Each pop-up concert will last about six minutes to prevent large crowds from gathering. Orange cones will also be placed around the singers to encourage physical distancing.

Pacific Opera Victoria also plans to have their singers perform outside of care homes for seniors upon request.

The organization is letting people book front-lawn performances for people who may be in need of social connection.

“We are also launching something called ‘Postcard’ and that means anyone in Canada can request a performance for any relative or friend who’s isolated in Victoria and might like a singer on their front lawn,” said Hass.

“A frontline health-care worker can have a requested singer come by and sing something, all free of charge.”

Hass says she hopes ‘Pop-up Opera’ will reduce the barrier between art and music.

Pop-up performances will take place in neighbourhoods, on street corners, in parks, and outside retirement residences and care facilities. Exact locations will be announced online each performance day.

Further information on pop-up operas can be found here.

Care residents who would like to request a performance can email Pacific Opera Victoria at paul@pacificopera.ca.

Pop-up opera postcards can be requested through the same email.