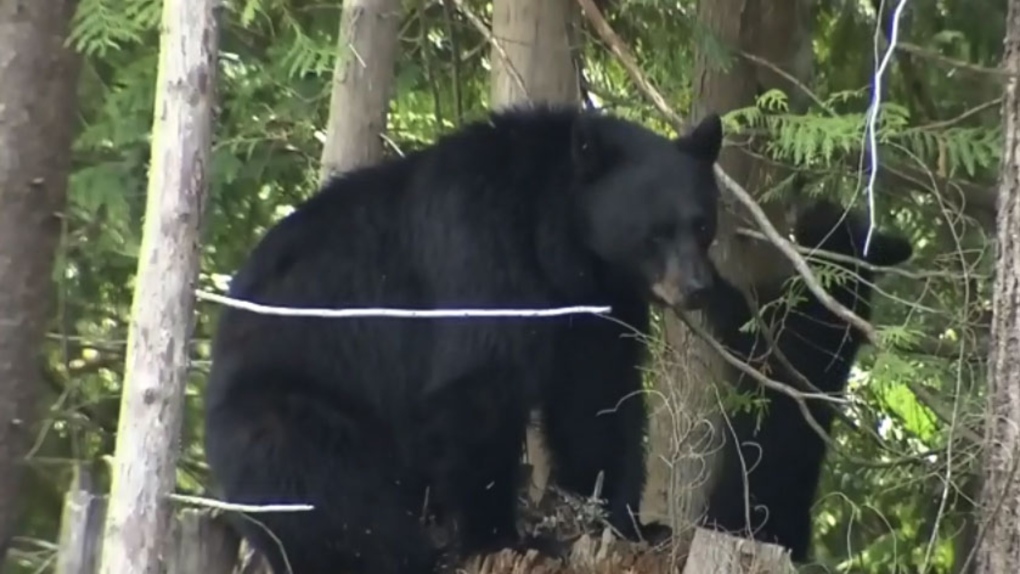 Anyone who sees a bear in the Saanich area is asked to call Saanich police or conservation officers. (File photo)

VICTORIA -- Saanich police are warning residents to protect their pets and livestock after a bear reportedly killed a llama Monday evening.

Police received a call around 4 p.m. about a bear on a property in the 4700-block of West Saanich Road. Police say the bear killed one of the homeowner’s llamas.

Several officers attended the scene and saw the bear leave the area. Conservation officers also attended but could not locate the bear again.

Police say the bear is not frightened by humans and will possibly return to the area. Police and conservation say plans are in place to re-attend the area if the bear returns.

On Tuesday morning, Saanich police reported a bear had been sighted in the Elk Lake area and officers were investigating. After noon, the bear was again spotted heading eastbound across Highway 17 from Elk Lake.

The bear was chased up a tree by a resident's dog but the animal took off again before conservation officers arrived.

Anyone who sees a bear in the Saanich region is asked to call Saanich police or conservation officers.

Police are advising residents to lock up their pets, livestock and garbage for the time being.