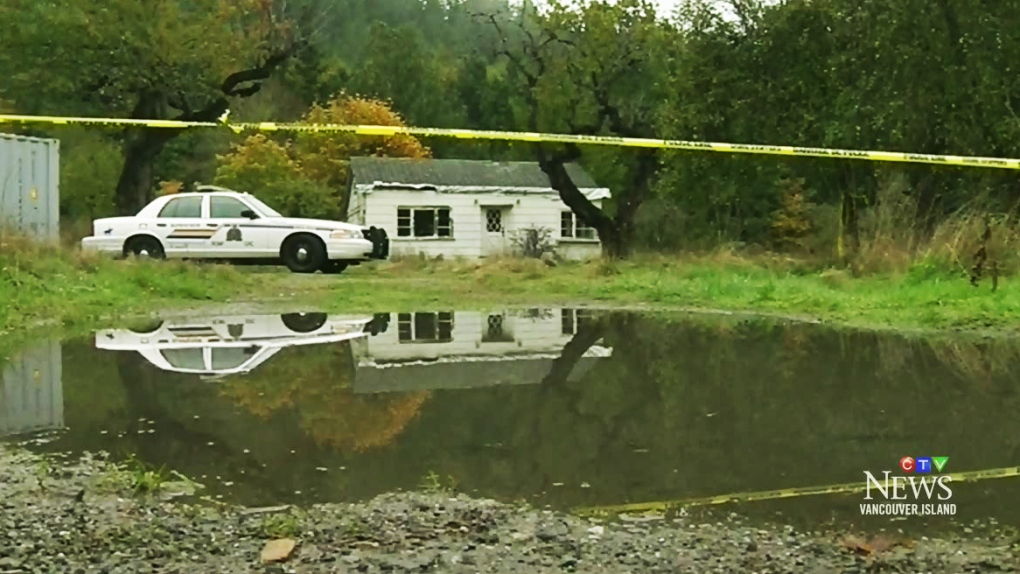 Police cordoned off an area near Fulford Harbour on Salt Spring Island after a fisherman discovered a body in a nearby creek. Oct. 12, 2015. (CTV Vancouver Island)

Investigators say they believe a man found dead in a Salt Spring Island creek over the weekend met with foul play.

The body of Salt Spring Island resident Joseph Patrick Bernie was found by a fisherman on the south bank of a creek near Fulford Harbour on Oct. 10.

The BC Coroners Service, Salt Spring RCMP and the Vancouver Island Major Crime Unit launched an investigation into his death, and now say they believe the 45 year old was the victim of a homicide.

They aren't releasing any details about how Bernie died but say his family has been notified.

"We're conscious of the impact this death has had on Joseph's family, and the broader community on Salt Spring Island," Sgt. George Jenkins said in a media release.

Investigators are trying to track down the suspect or suspects involved and are asking anyone with information to contact them at 250-537-5555, or Crime Stoppers at 1-800-222-8477.

Despite having no one in custody, police say they don't believe the public is at risk.